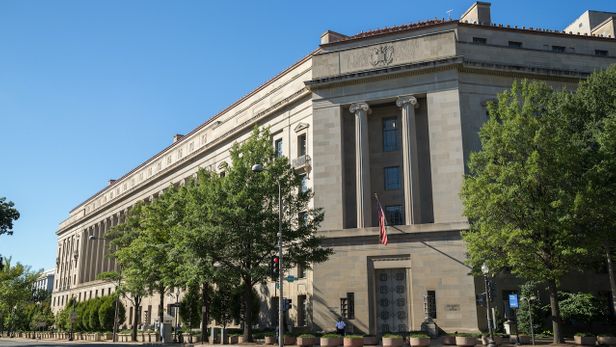 Department of Justice antitrust head Makan Delrahim has said the system for resolving merger disputes between US competition enforcers and companies “requires some review as well”, following a congressional report calling for a revamp of the nation’s antitrust laws.

Displays of bipartisanship on Capitol Hill are rare. How rare? Research suggests you are more likely to find a dozen four-leaf clovers under the light of a blue moon on 29 February than see lawmakers of opposite parties working together towards a common goal. Right now that common goal is just railing against large technology companies, but perhaps some antitrust legislation is on the horizon. GCR USA is taking a break next week so please look out for the latest updates from this side of the pond in the afternoon email briefing from our colleagues in London.

The Fall Classic: The Tipline for 1 October 2020

Playoff baseball is here. While the Washington Nationals are not on the hunt to defend their crown, it is the Federal Trade Commission that finds itself challenging the umpire’s strike zone. A ruling from the US Court of Appeals for the Third Circuit on Wednesday took a whack at the commission’s disgorgement powers. It might not be too late for the agency to make a call to the bullpen and see if House antitrust subcommittee chair David Cicilline can draw up some new legislation cementing some monetary equitable relief powers before today’s hearing.

The best revenge is massive success: The Tipline for 30 September 2020

It’s a Federal Trade Commission-heavy briefing from us today. A Missouri federal judge sided with the agency in its suit to block Peabody Energy’s proposed joint venture with Arch Coal. And on the East Coast, a federal court in Philadelphia resumed a preliminary injunction hearing over the FTC’s challenge to Jefferson Health’s acquisition of Albert Einstein Healthcare Network.

“As we frequently are in the Northern District of California, we’re in a new world,” said Judge Yvonne Gonzalez Rogers yesterday when discussing Apple’s closed iOS ecosystem – and the potential competition issues it may have caused. “They don’t call us the Wild West for nothing.” The California federal judge is presiding over Epic Games’ lawsuit against Apple, which appears likely to go to trial next July. New frontiers in antitrust apparently await us. A federal judge on Monday criticised Epic Games’ alleged relevant market definition in its antitrust lawsuit against Apple and questioned whether the game developer’s case would be able to address the potential lack of competition for iPhone apps.

Federal Trade Commission chair Joseph Simons and the agency’s Democratic members voted in favour of asking the US Court of Appeals for the Ninth Circuit to take a second look at its Qualcomm ruling. Has Simons been cheering for the case from the beginning or is he merely concerned with controversial aspects of the ruling – such as the finding that harms to customers are not “anticompetitive in the antitrust sense”? That is not clear. Either way, the FTC claimed the panel got it “exactly backwards”.

Plaintiff-minded: The Tipline for 25 September 2020

There’s never a good time for an antitrust injury, but now seems like as good a time as any for those harmed by anticompetitive behaviour to seek their vindication. Former Paul Weiss partner Jonathan Kanter is starting his own plaintiff-focused antitrust boutique, while customers of a Florida oncology network will no doubt soon become aware that its founder has been charged with one count of conspiring to allocate markets for chemotherapy and radiation treatments.

Google antitrust lawyers and lobbyists must be busy these days. Republicans further voiced their concern about an “anti-conservative bias” on digital platforms at the White House yesterday. The Department of Justice is also expected to file an antitrust complaint against the tech company as soon as this month. We’re looking out for updates.