Dow/DuPont wins Matter of the Year at GCR Awards 2018

At the eighth annual GCR Awards on 10 April, Global Competition Review celebrated the best in competition enforcement, merger and cartel defence – recognising the cross-border team who worked on the complex Dow/DuPont deal, which won the Matter of the Year award.

Held at the Four Seasons in Washington, DC, and sponsored by Norton Rose Fulbright, the awards brought lawyers and economists from around the world together to recognise their accomplishments and those of their peers.

Brazil's Administrative Council for Economic Defence, the UK’s Competition and Markets Authority and the Competition Commission of South Africa took home respective prizes for Agency of the Year in the Americas; Europe; and Asia-Pacific, the Middle East and Africa.

Although Germany’s Federal Cartel Office did not win the European agency award, it took the prize for enforcement action of year, thanks to its Facebook investigation.

A large group of firms won the award for Litigation of the Year - Cartel Defence for their work defending airlines in the UK courts against damages claims arising from the air cargo cartel, having struck out half the value of the claim last year.

Morgan Lewis & Bockius took home two awards for behavioural matters, for work done on both sides of the Atlantic. The firm won Behavioural Matter of the Year – Americas for obtaining a permissive business review letter from the US Department of Justice for the Clearing House Payments Company; and Behavioural Matter of the Year – Europe for Concordia’s successful challenge to a CMA warrant.

In deals, Amazon/Whole Foods won Merger Control Matter of the Year in the Americas; Qualcomm/NXP won in Europe; and Maersk Line/Hamburg Süd won in Asia-Pacific, the Middle East and Africa.

Along with its award for the Maersk deal, Freshfields Bruckhaus Deringer also took home a trophy for litigation of the year – non-cartel defence, for defending Mastercard against a claim brought by Walter Merricks in the UK.

In addition to being recognised for the NXP deal, Qualcomm secured another award through in-house lawyer Alvaro Ramos, who won for corporate counsel of the year.

Thomas Vinje of Clifford Chance won Lawyer of the Year in recognition of his efforts on behalf of complainants taking on Google, which came to fruition last year in an infringement finding and fine in the the European Commission’s Google shopping case. His colleague Greg Olsen was named Dealmaker of the Year.

Fernando Carreño of Von Wobeser y Sierra won the award for Lawyer of the Year Under 40. Anne Layne-Farrar, of Charles River Associates & Northwestern University, took home Economist of the Year.

At the end of the awards ceremony, previous Lifetime Achievement Award honouree Jean-Francois Bellis recounted the extraordinary work of this year’s recipient, Bruno Lasserre, in revolutionising France’s appreciation for market competition. The former president of France’s Competition Authority delivered an inspiring speech about competition enforcement being conducted on behalf of risk-takers, young people and entrepreneurs who keep markets growing and lively. 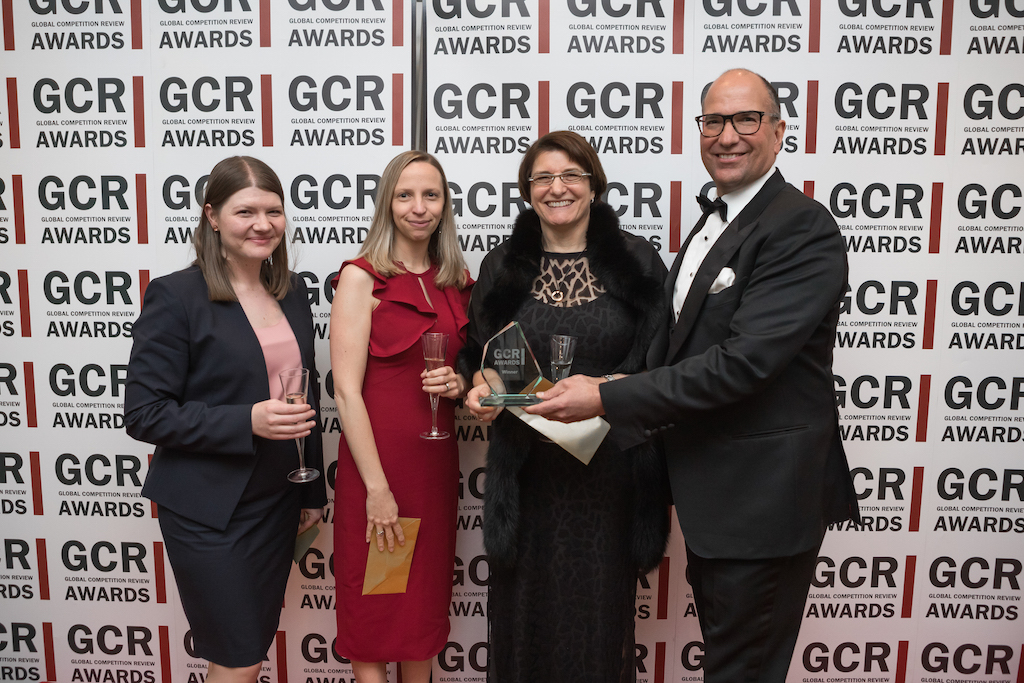 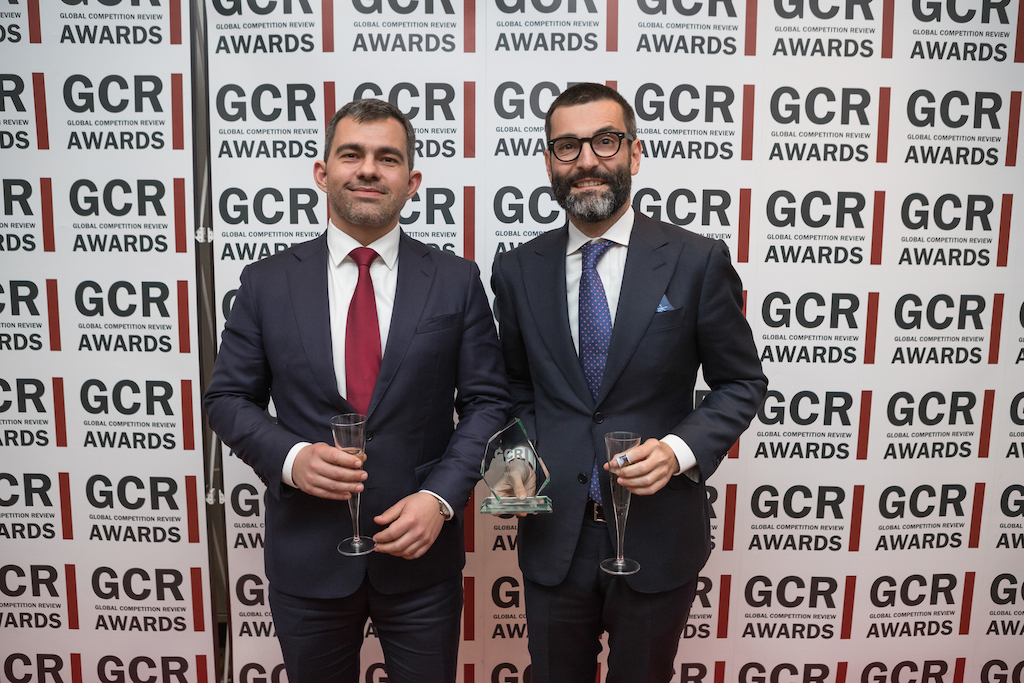 UK Air Cargo Follow-on won. Counsel to British Airways is Slaughter and May, Monckton Chambers and One Essex Court; to Air Canada and Korean Air is Hogan Lovells; to Singapore Airlines is Latham & Watkins; to Deutsche Lufthansa & Swiss is WilmerHale; to Asiana Airlines is O’Melveny & Myers; to Cargolux Airlines International  is Shearman & Sterling; to Cathay Pacific Airways, LAN Cargo and LATAM Airlines Group is Squire Patton Boggs; to Japan Airlines is Steptoe & Johnson; to Qantas Airways is Macfarlanes; to Scandinavian Airlines is Shepherd and Wedderburn; to Air France-KLM is Linklaters; to Thai Airways is Gowling WLG. Monckton Chambers provided the barristers for the Part 20 claimant airlines.

For behavioural matter of the year – Asia-Pacific, Middle East and Africa, the shortlist was egg companies beat Australian cartel charges; Indian telecoms companies’ challenge to jurisdiction and Ola abuse of dominance in India.

For Corporate Counsel of the Year, the shortlist was Oliver Bethell of Google, Nick Koberstein of Abbott, Gail Levine of Uber, Tilman Makatsch of Deutsche Bahn, Alvaro Ramos of Qualcomm, Jana Striezel of Volkswagen and Nick Woodrow of Vodafone. Alvaro Ramos won.

Previous Chapter:Dow/DuPont wins Matter of the Year at GCR Awards 2018