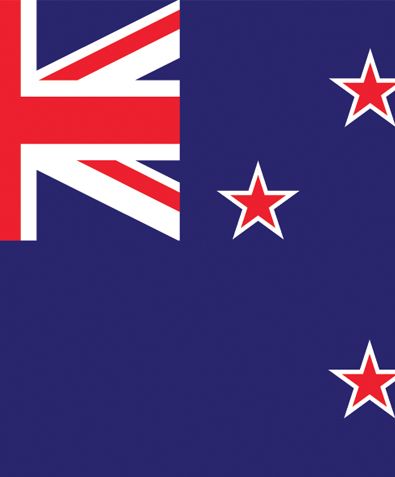 New Zealand: from the enforcer

The Commission is accountable to the Minister of Commerce and Consumer Affairs for its performance. The Commission’s performance is measured against a very detailed set of output measures, agreed with monitoring agency the Ministry of Business, Innovation, and Employment (MBIE). We produce a statement of intent every four years setting out our future direction and an annual statement of performance expectations that details the Commission’s annual performance measures and forecasts financial statements. We report progress against our targets periodically to MBIE.

Other industry-specific regulators also have the objective of promoting competition in their specific markets. This is typically through specific functions associated with the support of those particular markets. These include the Electricity Authority, the Gas Industry Company Ltd and the Financial Markets Authority.

Industry-specific regulators do not, however, have general competition law powers in these areas. For example, the objective of the Electricity Authority is to promote competition in, reliable supply by and the efficient operation of the electricity industry for the long-term benefit of consumers.

The work of other agencies with regulatory functions does not routinely have any direct relationship to the enforcement role of the Commission.

Section 26 of the Commerce Act 1986 (the Commerce Act) provides a formal and transparent mechanism for the minister of Commerce to communicate to the Commission the economic policies of the government:

In the exercise of its power under this Act, the Commission must have regard to the economic policies of the Government as transmitted in writing from time to time to the Commission by the Minister.

Any such notices must be published in the Official Gazette and laid before parliament as soon as practicable. In practice, notices under section 26 are rarely issued. Most recently in March 2020 the Minister issued a Government Policy Statement on Essential Goods and Services Such as Grocery Products in Response to Covid-19 under section 26.

The central focus of the Commerce Act is to promote competition in markets. However, wider considerations may come into play in authorisations, where the Commission must assess the public benefit arising from the merger.

The Commerce Act recognises that, in some circumstances, an anticompetitive transaction may lead to sufficient public benefits that would outweigh the competitive harm. The Commission can authorise an anticompetitive transaction (a merger or a business agreement) where it is satisfied that it will likely benefit New Zealand. If a transaction is declined on the basis that it is likely to create a substantial lessening of competition, the merging firms can apply for an authorisation on public benefit grounds.

New Zealand’s courts have defined a public benefit as ‘anything of value to the community generally, any contribution to the aims pursued by society including as one of its principal elements (in the context of trade practices legislation) the achievement of economic goals of efficiency and progress’ (See Air New Zealand and Qantas Airways Limited v Commerce Commission as cited in Commerce Commission Authorisation Guidelines, July 2013, p 8).

Following a restrictive trade practice or non-notified merger investigation, the Commission decides whether to take proceedings or resolve the matter in some other way, such as issuing a warning letter. Proceedings are heard in the High Court and it is the High Court that ultimately decides the matter and imposes any fines.

Yes. The three most recent examples are:

Yes. The Commission has the ability to impose structural – but not behavioural – conditions on proposed mergers. The three most recent instances are as follows:

The Commission does not distinguish between in-depth and non-in-depth reviews or Phase I or Phase II. All clearance applications require a significant level of review.

The New Zealand merger clearance regime is a voluntary regime. Parties decide whether or not their proposed transaction might result in a substantial lessening of competition and, if they believe it might, they can apply for a clearance. If parties do not apply for clearance, the Commission can still investigate their transaction and commence proceedings if it believes the transaction is likely to substantially lessen competition.

Yes. In April 2014, the Commission concluded the cartel investigation around air freight transportation. Swiss company Kuehne + Nagel International AG was the last of six international freight forwarding companies we prosecuted for colluding on their pricing structures.

Yes, we operate an immunity and leniency (cooperation) programme for eligible businesses and individuals. Potential applicants should contact the general manager, Competition. Details can be found at www.comcom.govt.nz/business-competition/fact-sheets-3/leniency-policy-for-cartels

If immunity is not available, any party that cooperates with cartel investigations can receive more lenient treatment under our leniency programme. In exchange for their cooperation, the Commission may take a lower level of enforcement action or recommend a lower level of penalty to the Court. In exceptional cases we may decide not to prosecute a cooperating party at all. It is worth noting that from April 2021, criminal sanctions will be available for cartel offences against businesses and individuals. The Commission will continue to operate the immunity and leniency programme, but only the New Zealand Solicitor General can grant criminal immunity or cooperation, or both. The Commission will work closely with the Solicitor General, through Crown Law.

In April 2019, the Commerce Act was amended. It means that engaging in cartel conduct can now be a criminal offence with a maximum penalty of seven years imprisonment. The civil penalties contained within the Commerce Act continue to apply.

The government has decided to change New Zealand’s law relating to the misuse of market power (section 36 of the Commerce Act), along with other minor changes to the treatment of intellectual property rights and covenants in the Commerce Act.

The government is going to strengthen the law to prohibit firms with market power from engaging in conduct that substantially lessens competition, regardless of whether they would have done the same thing if they didn’t have market power.

The changes will also remove provisions in the Commerce Act that shield some types of intellectual property-related conduct from being examined under competition law. The vast majority of intellectual property-related conduct is unlikely to raise competition concerns. However, the government believes that when such conduct does raise concerns, it should be able to be assessed under competition law like any other type of conduct.

A bill will be introduced early in 2021, as parliamentary scheduling allows.

The Commerce Act has been subject to ongoing review as set out above.

Yes. The Competition Branch has a stand-alone economics team embedded within the branch (as does the Regulation Branch).

Only the High Court of New Zealand can impose penalties. Most recently the High Court ordered Prices Pharmacy 2011 Limited and a director of the company, Stuart Hebberd, to pay fines of US$344,000 and $50,000 respectively, after they admitted engaging in price-fixing in breach of the Commerce Act.

There are eight full-time economists within the Economics Unit. There are other staff members within the Competition and Consumer Branch who have economics degrees (or some other economic training).

Yes. The Competition Branch has an embedded economics team.

Yes, but he or she must operate with regard to budget constraints.

Yes, with regard to cases that fall under the Commerce Act.

Senior staff, which includes the chief economist, act as a second pair of eyes. As noted, economists are regularly assigned to Commerce Act matters and work with an investigation team. Economists work on matters in this way to help assure that economic reasoning (including the collection of information) is applied throughout an investigation.

Very little economics work is outsourced. Work is most likely to be outsourced if the Commission believes that it will likely eventually require a testifying expert. 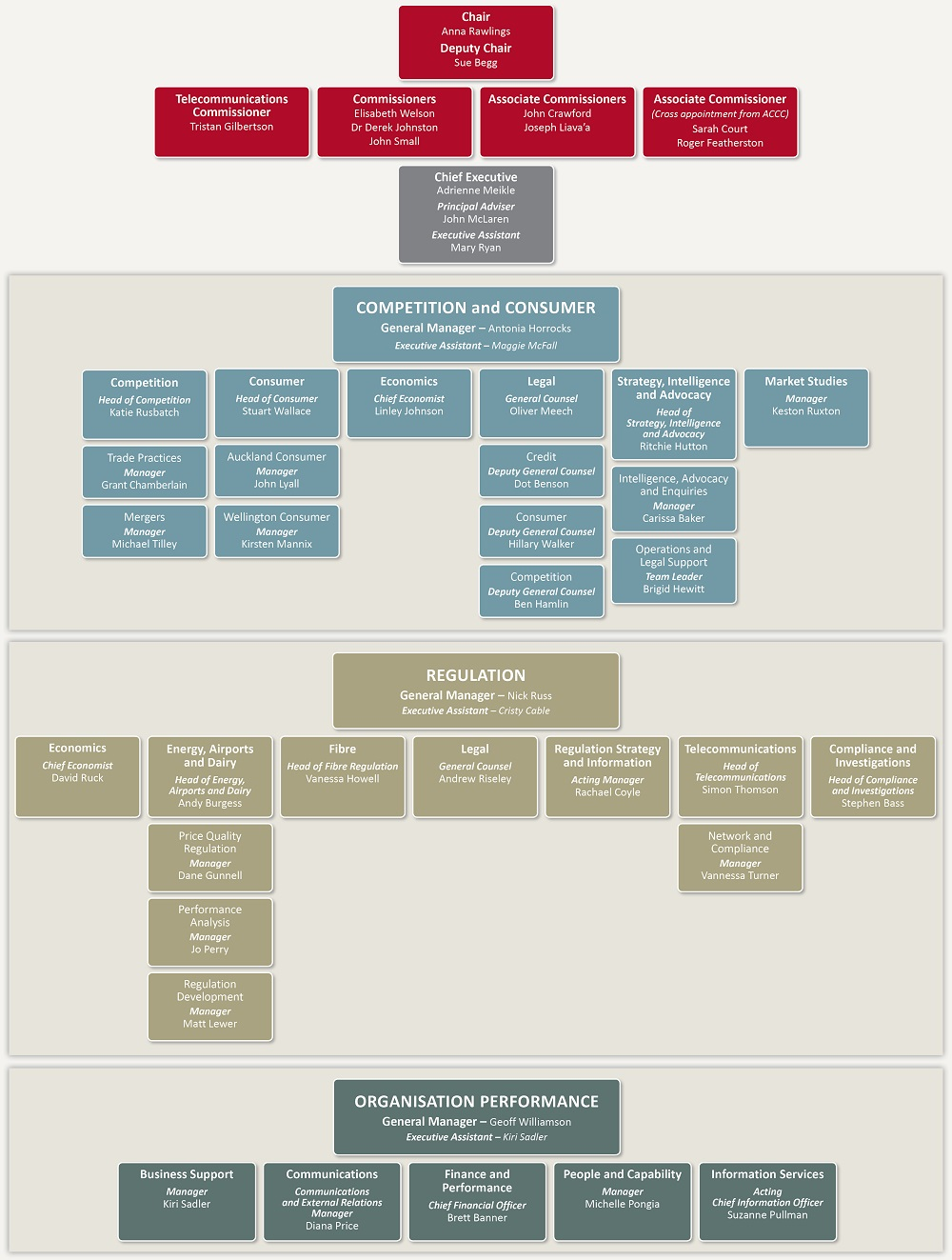