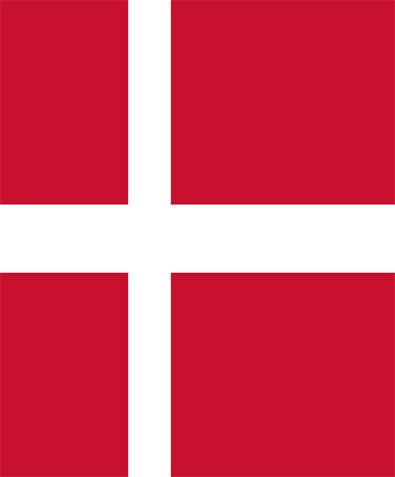 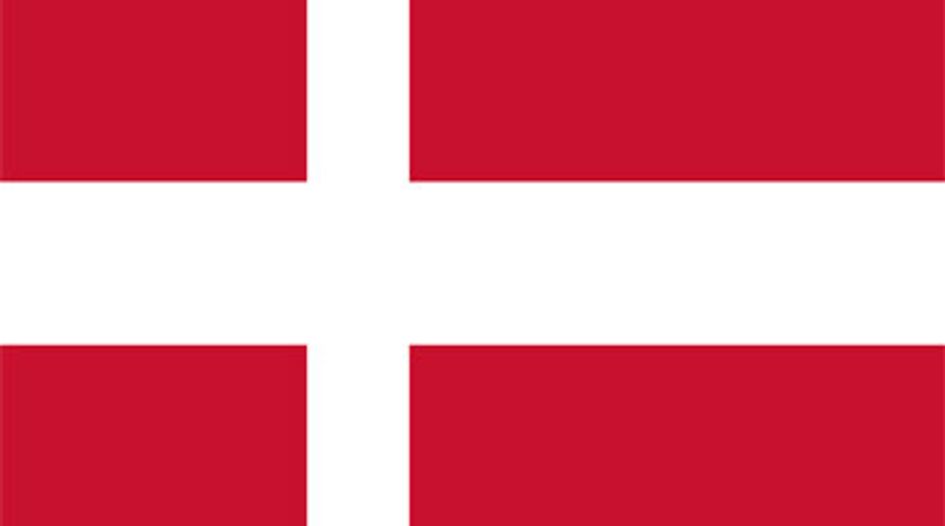 Denmark: from the enforcer

The head of agency’s current term of office is five years, but he has been reappointed for three years from 1 January 2021.

The head of agency is due for reappointment on 1 January 2024.

The director is formally appointed by the government after consultation of the Competition Council.

The Danish Competition and Consumer Authority (the Authority) competition-related budget for 2019 was 89.9 million kroner inclusive of overheads.

In 2019, 91 full-time equivalents worked on competition enforcement, advocacy and policy.

In general administrative matters, the head of the Authority refers to the permanent secretary of the Ministry of Industry, Business and Financial Affairs.

There is no provision in the Danish Competition Act granting competition powers to any industry-specific regulators. The Danish Business Authority can refer a merger between two or more commercial providers of electronic communication networks in Denmark to the Authority. The assessment of whether the merger shall be approved or prohibited is made by the Authority.

The power of the Danish Business Authority consists solely in a right to refer certain mergers. The power to either approve or prohibit the merger lies with the Authority and the Danish Competition Council.

The law does not allow non-competition aims to be considered when taking decisions.

As the Authority has no power to impose fines, the enforcement of the Danish Competition Act is bifurcated between the Authority and the State Prosecutor for Serious Economic and International Crime (SEIC). The Authority has the power to make administrative decisions and issue orders requiring that undertakings terminate infringements. Most of these decisions can be brought before the Competition Appeals Tribunal. In few cases, parties have to go directly to the courts. The decisions of the Competition Appeals Tribunal can be appealed to the Danish Maritime and Commercial Court. Final appeals are permitted to either the High Court or the Supreme Court.

The State Prosecutor for Serious Economic and International Crime (SEIC) has jurisdiction to initiate criminal prosecutions for the imposition of fines or imprisonment for competition law infringements. Criminal cases start at the civil courts with appeal to the High Court.

Yes, the Danish Competition Council has in one instance blocked a merger and has in addition had a number of cases where the parties have withdrawn their merger notifications after the Authority conducted comprehensive investigations and expressed competition concerns.

Yes, on numerous occasions, most recently in June 2020 in the case SEAS/Radius.

Yes, the Authority regularly conducts Phase II investigations. On average about two to five times a year, most recently in the case Huskompagniet/eurodan during spring 2020.

The Authority has never pursued a company based outside our jurisdiction.

Yes, applications should be submitted to the Authority. If the State Prosecutor for Serious Economic and International Crime (SEIC) has already initiated a criminal case concerning the cartel – in other words, if the SEIC is in the process of investigating the cartel or has brought a charge against an undertaking or a person the application may also be submitted to the SEIC.

If an application is submitted to the SEIC at a time at which the SEIC has not already started a case, the SEIC will refer the applicant to the Authority.

Sanctions for infringements of the Danish Competition Act are imposed by the court acting upon a charge brought by the SEIC. In the vast majority of cases, it is the SEIC that prosecutes undertakings and individuals, acting upon a notification by the Competition Council. Generally, the SEIC has the sole power to impose fines, if the offender agrees to a settlement. As an exemption, the Authority can, with the consent of the SEIC, issue an administrative notice of a fine in cases in which the maximum penalty is a fine. Such fines are also criminal penalties.

Under the Act, undertakings and individuals can be fined for infringement of the Act. Since 1 March 2013, it has been possible to sentence a person to prison in cartel cases.

Due to the transposition of the ECN+-Directive amendments of the Competition Act are expected in the near future.

The latest amendments to the Competition Act were adopted by the Danish Parliament in late 2017 and came into force on 1 January 2018.

Yes, the Authority has a Market Analysis and Economics Division with 13 full-time employees and 3 part time students working in competition matters.

Yes, in the past five years, the Authority has conducted on average six dawn raids per year.

In Denmark, all penalties are criminal by nature and it is the courts that impose sanctions to undertakings and individuals for infringements of the Danish Competition Act. However, the State Prosecutor for the SEIC also has the power to impose fines if the offender agrees to a settlement. Such fines are also criminal penalties. As an exemption, the Authority can issue an administrative notice of a fine in cases in which the maximum penalty is a fine. This can only be done under certain circumstances and with the consent of the SEIC. In 2019, fines were imposed in seven groups of cases for competition law offences.

A merger must be notified to the Authority if:

No. The Authority applies the same definition of control as the EU.

Denmark: from the enforcer's competition economists

Yes, the authority has a Market Analysis and Economics Division with 13 full-time employees and three part-time students.

The chief economist reports to the director general, Jakob Hald, who has the overall responsibility for the agency’s economic analyses.

Usually an economist is included in each case team – either an officer with an economics degree from the relevant division or from the economics unit.

Yes. The economics unit peer reviews all cases. Moreover, the unit often assists the case officers in preparing the case.

Occasionally, consultancy firms conduct analyses that are used as contributions to larger projects, or as an independent benchmark to analyses made in-house. 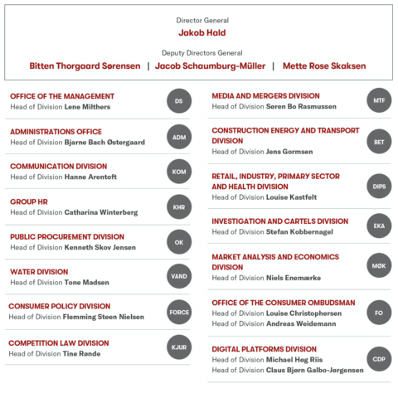 In the second half of 2021 and the first half of 2022 (the past year), the Danish Competition and Consumer Authority (DCCA) and the Competition Council[1] (DCC) issued decisions in a variety of cases. The upsurge in merger cases has continued, and the DCCA has encountered several cases involving civil fines.[2]

In this article, we focus on the most important cases from the past year. We also discuss some observed and expected trends identified in a sequence of interviews with both the DCCA and the most prominent Danish competition lawyers.

Continued increase in the number of merger cases