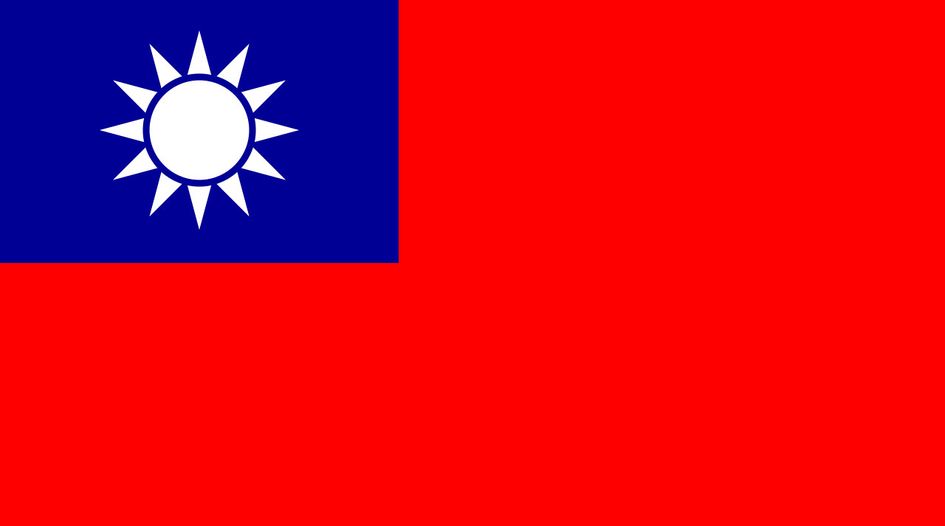 Fair Trade Commission is the enforcement authority for Taiwan. Read their profile

The Taiwan Fair Trade Commission (TFTC) was established in January 1992 with seven commissioners, which includes one chairperson and one vice-chairperson. Commissioners serve four-year terms and may be re-elected; the terms of three commissioners are staggered from those of the other four so as to maintain their independence. Commissioners typically have expertise in law or the economy.

The TFTC is the competent authority for the Fair Trade Act and the Multi-Level Marketing Supervision Act, and it is authorised to investigate and penalise violations of the Fair Trade Act. The TFTC may order the offending enterprise to stop or rectify the unlawful conduct as well as impose a fine. In the event of a serious violation of abuse of monopoly position or concerted action, the TFTC can impose a fine on the offending enterprise of up to 10 per cent of its sales turnover in the past fiscal year.

In the event a competition law matter involves the violation of other laws, the TFTC will coordinate with the competent authorities of those laws to determine the division of jurisdiction. In most of those circumstances, the TFTC will take the lead in investigating any conduct that may impede competition.

Although the TFTC has administrative investigation power, including conducting onsite investigations, it does not have search and seizure powers. In 2017, the TFTC proposed an amendment to the Fair Trade Act to give it the power to conduct searches and seizures, but it did not pass the legislature.

Per the TFTC’s published past case statistics, unfair competition makes up the majority of conduct penalised, making up about 70 to 80 per cent of all cases each year from 1992 to 2020 in which penalties were imposed. However, from 2011 to 2015, penalties for restriction of competition were on the rise with 20 or more cases in each of those years. The majority of those cases concerned concerted actions (ie, cartels).

Starting from 2016, penalties for restriction of competition started dropping, but recent enforcement in this area is still focused on concerted action. However, it is worth noting that although restrictions of competition cases are few in number, they often involve so-called hardcore restraint of competition, and the resulting fines make up a very high portion of the total amount of fines imposed by the TFTC in the past decade.

Per the TFTC’s statistics, less than 1 per cent merger cases were prohibited between 2002 and May 2022. In fact, since the establishment of the TFTC, more than 90 per cent of the pre-merger notifications filed were allowed to proceed, including extraterritorial merger filings.

For mergers that were allowed to proceed, the TFTC may impose certain conditions to ensure that the overall economic benefit is greater than the restriction to competition. This included requiring the merging entities to refrain from exclusive transactions, discriminatory treatment or tie-in sales. For example, when the TFTC approved Microsoft’s acquisition of Nokia Devices and Services business in February 2014, it imposed conditions in relation to licensing SEPs pursuant to the FRAND principle.

In December 2020, in approving Presicarre’s purchase of 100 per cent of Wellcome Taiwan’s outstanding stock, the TFTC required the parties to refrain from terminating or removing small or medium-sized suppliers without proper cause, as well as regularly having to submit copies of their supplier agreements and procurement annual reports to the TFTC, among other conditions. In July 2022, the TFTC granted conditional approval for PX Mart’s acquisition of 98.97 per cent of RT-Mart’s shares, provided that PX Mart is prohibited from increasing sales prices or amending the transactional conditions in a way that adversely affects its suppliers’ status, among other conditions. It can be seen that the TFTC is more willing to impose behavioural remedies as the condition for merger approval to ease its competition concerns.

The prohibition of merger cases were mainly horizontal mergers involving leading companies in the relevant markets. In November 2018, the TFTC prohibited Uni-President from acquiring one-third of Wei Lih Food Industrial’s shares because the two companies hold a large market share in the instant noodle market, and the harm from the restriction of competition as a result of the merger would be greater than the potential overall economic benefit. In August 2019, the TFTC prohibited Cashbox Partyworld from merging with Holiday KTV on grounds that they are already the two largest companies in the karaoke services market.

The most recent abuse of monopoly case that the TFTC imposed penalties for was the Qualcomm case. The TFTC had been proactively investigating Qualcomm starting from 2015, and it ruled in October 2017 that Qualcomm had abused its monopoly position with respect to the licensing structure of its baseband processor SEPs and imposed a fine of NT$23.4 billion (approximately US$820 million), which was the largest amount of fine ever issued by the TFTC. However, three of the seven commissioners opposed the ruling and submitted dissenting opinions at that time.

In August 2018, the TFTC settled this case with Qualcomm during the litigation proceeding. The settlement lowered the fine to NT$2.72 billion (approximately US$95.4 million), while Qualcomm in return must make certain commitments to Taiwan handset manufacturers and chipset suppliers, as well as commit to a five-year industry investment plan for about NT$21.5 billion, to which Qualcomm shall periodically report its progress to the TFTC. This settlement is the only instance on public record of the TFTC settling with a company in litigation.

In October 2021, the TFTC sanctioned Carrefour for its abuse of relatively dominant position by requiring its suppliers to pay certain sponsorship fee for its opening of new stores. The TFTC still keeps an eye on the vertical restraints imposed by big retailers.

Under the Fair Trade Act, concerted action is prohibited unless the concerted action falls within the eight statutory types to which prior approval may be sought from the TFTC before engaging in such concerted action; however, it is rare for the TFTC to grant such an approval. Like other major jurisdictions in the world, there is also a leniency policy for companies that have participated in the concerted action that may reduce or even eliminate the fine to be imposed.

In the past decade, many concerted action cases involved price fixing by oligopolies in various industries, such as two oil companies in the gasoline market (2004), three dairy companies for milk products (2011), three companies in the paper industry (2010), and for instant coffee involving four convenience store franchises (2011). The TFTC still focuses its enforcement on price gouging due to the inflation that started towards the end of 2021.

In addition, the exchange of sensitive information between companies has been recognised by the courts as evidence showing a meeting of minds for tacit collusion. In the aforementioned case of three paper companies jointly increasing industrial-use paper prices, even though there was no direct evidence proving the existence of a price-fixing agreement, concerted action was determined based on how the companies were exchanging sensitive trade information followed by coordinated price changes, and the court subsequently affirmed the TFTC’s ruling. In November 2020, the TFTC also found concerted action by two hard drive companies due to their bilateral communications to exchange sensitive information (such as pricing to customers and sales volume figures) before issuing their price quotations to customers.

In a relatively unique case in May 2021, the TFTC ruled that there was concerted action by two pharmaceutical companies in their use of an exclusive distributor agreement to cause one company to become the exclusive distributor of the other company, while never actually selling the licensed pharmaceutical company’s products. This decision indicated that the TFTC is taking a stringent attitude towards business arrangements with competitors.

Restriction on the business activities of the transaction counterparty

The TFTC proactively investigated the business conduct of Foodpanda and UberEats, the two largest online food delivery platforms in Taiwan. On 17 September 2021, the TFTC issued a NT$2 million (approximately US$72,000) fine to Foodpanda for anticompetitive conduct arising from imposing improper restrictions on the business activities of the transaction counterparty; the TFTC held that Foodpanda cannot prohibit restaurants from listing different prices on its platform or refuse pick-up orders.

After becoming the new chairperson on 1 February 2021, Ms May Lee promised to improve the administrative process at the TFTC and increase its transparency. Starting from 1 July 2021, applicants may enquire online about the status of their merger notification application, including when the application was received, when the notice for supplemental information was issued, when outside opinions are sought, when the application is sent to the commissioners for review as well as the end of the waiting period, among others. The TFTC is expected to further study and bring out more improvements to the review process for other matters so that it is more transparent and more predictable.

Apart from the aforementioned focus on concerted action, merger control and other unfair competition conduct, the TFTC is also engaged in the following.

The administrative courts used to give substantial deference to the TFTC on the interpretation and application of competition law. However, as mentioned, the administrative courts in recent years have been setting aside more and more TFTC rulings through applying greater scrutiny and reaching different conclusions on many aspects of the TFTC’s reasoning, such as the market definition, the investigation of evidence and the calculation of the fine. In response, pursuant to its 2020 administration report, the TFTC has been taking steps to improve its procedure and the quality of its written arguments in its opinions.

Research into policies for the digital economy

To get a better idea of market trends, the TFTC has been conducting market structure surveys for a variety of industries in past years. Given the recent trend of increased oversight and enforcement around the world against digital platform giants, in June 2021, the TFTC decided to establish a task force to conduct a survey of the digital platform industry. The TFTC released a draft of the white paper on Competition Policy in Digital Economy in March 2022 and invited public discussion. The draft white paper addresses issues including platform operators’ business practices, the conflict between data privacy and competition, platform operator’s use of media news reports, killer acquisitions, algorithm-facilitated collusion, etc. The TFTC is expecting to finalise and release the white paper in the latter half of 2022.