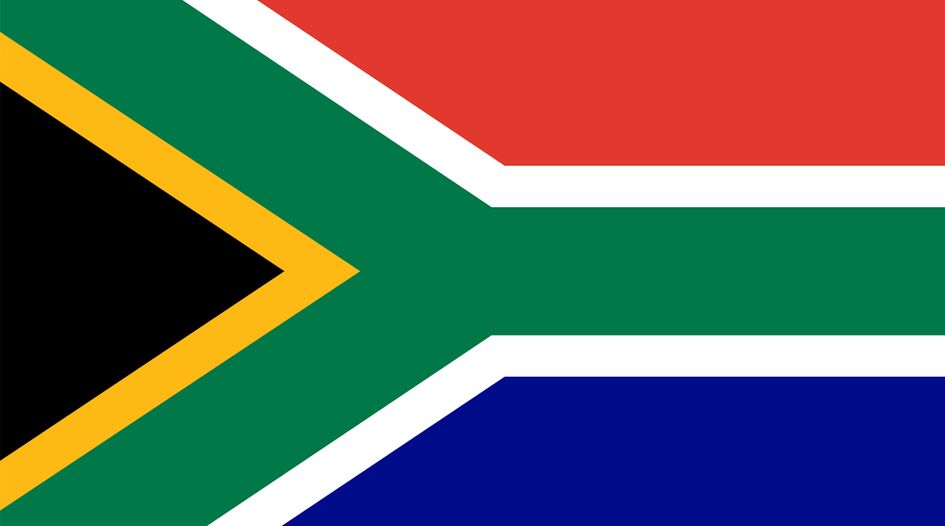 Competition Commission is the enforcement authority for South Africa. Read their profile.

The Competition Act No. 89 of 1998 (Act) came into effect on 1 September 1999 and has been amended in terms of the Amendment Act of 2009 and the Amendment Act of 2018. The 2018 amendments have largely been brought into effect. However, there are a few amendments that are not yet operational, most notably, the “national security” provisions that contemplate a separate, parallel notification process for transactions involving foreign acquiring firms.

The Act applies to all economic activity within, or having an effect within, South Africa. It regulates mergers, restrictive vertical and horizontal practices, dominant firm conduct and market inquiries. The enforcement agencies are the Competition Commission (Commission), the Competition Tribunal (Tribunal) and the Competition Appeal Court (CAC). The Commission is responsible for the investigation and evaluation of mergers, prohibited practices and exemptions, and conducting market inquiries and impact studies. The Tribunal is empowered to adjudicate large mergers, prohibited conduct and to impose penalties. The Tribunal hears appeals and reviews in respect of the Commission’s decisions. The CAC has final jurisdiction over the merits of competition cases and hears appeals against Tribunal decisions. Parties also have limited rights of appeal to the Constitutional Court.

The Act has always made provision for “traditional” competition, and socio-economic objectives, distinguishing it from “traditional” competition legislation in many other jurisdictions. The recent amendments have heightened the emphasis on socio-economic objectives aimed at advancing the inclusion of small and medium-sized enterprises (SMEs) and firms owned by historically disadvantaged persons (HDPs) in the economy. The current Minister for Economic Development (Minister) has indicated that the overarching objective of the amendments is to foster a new deal for economic transformation and inclusion.

The amendments include provisions concerning conduct by dominant firms – specifically buyer power, price discrimination and excessive pricing, exemptions from the application of the restrictive practice provisions of the Act, factors in the substantive assessment of mergers, and the treatment of confidential information. The amendments also grant additional powers to the Minister, introduce detailed provisions and additional powers for the Commission in respect of market inquiries and impact studies, and increase the administrative penalties that may be imposed under the Act.

Highlights of recent amendments to the Act

The main objective of the amendments is to address high levels of concentration and the skewed ownership profile of the economy that are a result of the imbalances created by the apartheid regime.

Accordingly, the most significant changes relate to the dominance provisions of the Act. These provisions introduce a different standard of assessment for dominant firms’ treatment of SMEs and firms owned or controlled by HDPs. Significantly, these assessments do not follow the traditional tests to assess the substantial lessening or preventing of competition, but are instead focused on whether certain dominant firm conduct impedes or prevents smaller players, or firms owned by HDPs from participating effectively. The changes introduced place the burden of proof on dominant firms in relation to these particular types of entities. In the words of the Minister:

It is . . . key that our competition statute ensures that concentration does not present unacceptable barriers to market entry and does not lead to economic stagnation where firms with significant market power use their power to capture rents while preventing entry of innovative small and medium-sized firms or those owned by black South Africans.

The amendments introduce a new “buyer power” provision prohibiting a dominant firm from imposing an unfair price or trading condition on a supplier that is a SME or owned by an HDP. An anti-avoidance provision is included to prevent dominant firms from ceasing to deal with SMEs or firms owned by HDPs in an effort to circumvent the new provision. The buyer power provision applies only in respect of the grocery, wholesale, retail, agro-processing and e-commerce sectors. The Minister has issued regulations that set out the relevant factors and benchmarks for determining whether prices and other trading conditions imposed by a dominant buyer are unfair, these include an assessment of:

whether the direct or indirect imposition or requirement of costs is retrospective, unilateral or unreasonable;

Price discrimination by a dominant firm is prohibited if it is applied in respect of equivalent transactions and (i) is likely to result in a substantial lessening or prevention of competition or (ii) is likely to impede the ability of SMEs or firms controlled or owned by HDPs, to participate effectively (the latter was introduced by the 2018 amendments to the Act).

Where the assessment considers that there has been a substantial lessening or prevent of competition, the discrimination may be justified on certain grounds, including:

Where the assessment considers the ability of SMEs or firms controlled by HDPs to participate effectively, the discrimination may be justified on the same grounds as above, except that different quantities or volumes cannot be used to justify the price discrimination.

As with the buyer power amendments, the price discrimination amendments introduce a separate test specifically applicable to SMEs and firms owned by HDPs. This test requires a complainant to make out a prima facie case of price discrimination by showing that it has been impeded from participating effectively in a relevant market. If such a case is made, the dominant firm must show that its action does not impede the complaining firm from participating effectively. However, (as noted above) in presenting its defence, the dominant firm may not rely on differences in volume to justify the differences in price.

The regulations indicate that the provision only applies to firms owned and controlled by historically disadvantaged persons who purchased less than 20% of the relevant good or service supplied by the dominant seller over the same time period as the price discrimination occurred (the designated class). The regulations set out the following factors to be taken into consideration when considering whether a dominant firm's price discrimination is likely to impede effective participation by the designated class:

The original provision, which prohibited a dominant firm from charging an excessive price “to the detriment of consumers” has been expanded to include detrimental impacts on either consumers or customers of the dominant firm. Under the original provision, a customer of a dominant firm had to prove harm not only to itself, but also to end consumers. It is now sufficient for the customer to show harm only in relation to itself. In addition, a “reverse onus” now applies, such that a complainant need only make out a prima facie case of excessive pricing, following which the dominant firm takes on the onus to prove that its price is reasonable.

This provision did not previously articulate the factors that should be considered in assessing an excessive pricing claim, other than requiring a comparison of the price relative to the “economic value” of the good or service in question. The amendments now require the price to be assessed relative to the notional “competitive price” and provide parameters by reference to which this assessment may be carried out, for example the dominant firm’s price-cost margin, internal rate of return, return on capital or profit history as well as other structural characteristics of the market. These parameters take into account various considerations raised in previous excessive pricing cases.

Several excessive pricing cases were investigated and prosecuted during the national lockdown imposed in response to the covid-19 pandemic. The Minister issued specific regulations relating to, amongst other things, the prohibition of excessive pricing of essential goods and services during the national state of disaster and lock down (Emergency Regulations). The regulations aimed to address the anticipated increases in prices of essential products. Two key cases concerning prices for personal protective equipment and essential hygiene goods, however, were assessed under the “ordinary” excessive pricing provisions as the conduct in question pre-dated the Emergency Regulations (Competition Commission and Babelegi Workwear Overall Manufacturers and Industrial Supplies CC, Competition Commission and Dis-Chem Pharmacies Limited). In these cases, the Tribunal took into consideration the extraordinary circumstances arising as a result of the pandemic in coming to a conclusion in respect of the relevant market and the respondents’ position as dominant firms in such markets.

Prior to the amendments, administrative penalties could only be imposed for first-time offences in respect of outright prohibited conduct. Post the amendments, all first-time offences of any prohibited conduct will incur a penalty of up to 10 per cent of annual turnover. The maximum penalty for repeat offences has been drastically increased from 10 per cent to 25 per cent of annual turnover.

The amendments elevate the public interest inquiry to an equal footing with the competition assessment for mergers. In practice, however, public interest factors have often been given greater import than competition considerations, hence the amendments may not be as far-reaching as they appear. The amendments expand the range of public interest grounds that the Commission may take into account to include the ability of SMEs, or firms controlled or owned by HDPs “to effectively enter into, participate in or expand within the market” and “the promotion of a greater spread of ownership, in particular to increase the levels of ownership by historically disadvantaged persons and workers in firms in the market”.

Minister’s powers and ability to intervene on public interest grounds

Relevant factors in determining the list of national security grounds include:

The national security provisions are not yet in effect, and there are, as at the date of writing, no further indications as to the composition of the Committee, the list of national security interests, or the form or process to be followed for the submission of a notice in terms of this provision.

In line with the general tenor of the amendments, the Commission is required to take reasonable steps to promote the participation of SMEs and firms owned by HDPs, which may have a material interest in the inquiry and are not adequately represented. The provisions also allow for participation by trade unions and employee representatives. Finally, there is a catch-all allowing for participation by a person with a material interest, but not adequately represented by another participant and who would substantially assist with the inquiry.

Whereas the Commission previously had the power to make recommendations and initiate complaints, it may now also take action to remedy, mitigate or prevent any identified adverse effect on competition without first initiating a complaint and conducting a further investigation. The Commission’s actions to remedy adverse effects on competition are binding in nature but may be appealed to the Tribunal.

The amendments have introduced additional categories under which exemption applications may be brought. Firms may now seek exemption from the prohibited practices provisions of the Act where the conduct in question may promote:

The amendments signal that dominant firms operating in South Africa cannot afford to be agnostic about who they procure from, or supply to, and should proactively take measures to avoid falling foul of these new prohibitions; and an increasingly interventionist approach by the Minister in mergers, market inquiries as well disclosures relating to confidential information. Notably, while the Minister has described the amendments as necessary, he regards them as insufficient alone to facilitate greater economic inclusion and transformation, and has indicated that the Act must work in conjunction with other forms of government support for SMEs.