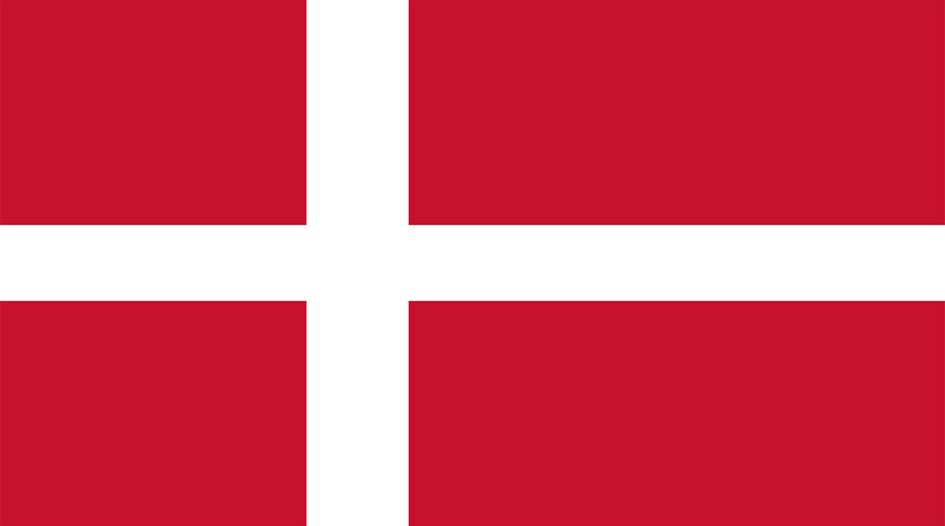 Competition and Consumer Authority is the enforcement authority for Denmark. Read their profile

In the second half of 2021 and the first half of 2022 (the past year), the Danish Competition and Consumer Authority (DCCA) and the Competition Council[1] (DCC) issued decisions in a variety of cases. The upsurge in merger cases has continued, and the DCCA has encountered several cases involving civil fines.[2]

In this article, we focus on the most important cases from the past year. We also discuss some observed and expected trends identified in a sequence of interviews with both the DCCA and the most prominent Danish competition lawyers.

Continued increase in the number of merger cases 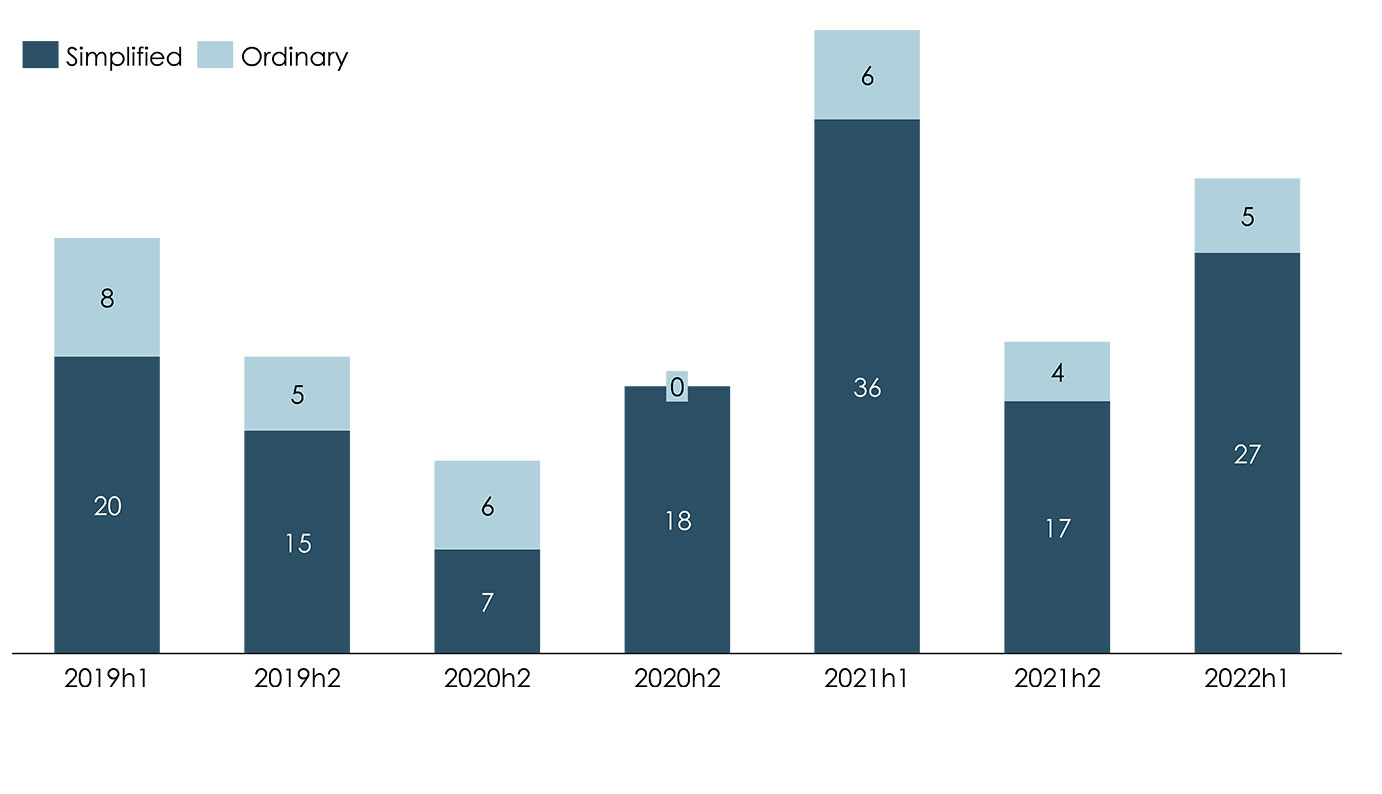 Note: The figure excludes cases that were dropped by the parties before a decision was issued
Source: DCCA, ‘Liste over fusionssager’ (as updated 1 July 2022).

Our interviews with the Danish lawyers indicated that, on top of the many notified mergers, some mergers may have extraordinarily been completed without any notification being required. The covid-19 lockdowns in 2020 and 2021 resulted in a sharp decline in turnover across firms, especially in the hospitality sectors like hotels and restaurant. In some cases, this enabled firms to complete mergers that under normal circumstances would require notification but went under the thresholds in 2022.

Of the nine cases that were decided under the ordinary procedure in the the past year, four were approved by the DCCA in Phase II. One was cleared without remedies, while the other three were approved with remedies because the DCCA raised concerns about unilateral, vertical effects.

One was the merger Norlys/Verdo. Both Norlys and Verdo own optical fibre infrastructure in Jutland, but the DCCA had no horizontal concerns because investigations showed that there was no overlap between Norlys and Verdo’s infrastructure. However, the DCCA considered that the merger would give rise to unilateral, vertical effects on the market for wholesale internet access in the area of Verdo’s infrastructure. To address the DCCA’s concerns, Norlys offered to ensure that service providers who want access to Verdo’s infrastructure will be granted access on equal terms compared to the Norlys-Group-subsidiary, Stofa. Moreover, Norlys committed to offering all interested service providers the same wholesale and campaign prices that Verdo had already negotiated with the two third-party service providers for up to three years after the DCC’s decision.[3]

The second merger was Knorr-Bremse/DSB Component Workshop.[4] Knorr-Bremse is a German manufacturer of equipment and components for trucks and trains. DSB Component Workshop provides heavy maintenance of trains and supplies its customers with spare parts. Due to the vertical relationship between the merging parties, the DCCA raised concerns based on the effects the transaction could have in the market for both heavy maintenances of trains and manufacturing and sale of spare parts for trains. Knorr-Bremse offered commitments that would ensure that Knorr-Bremse continues to supply spare parts to smaller, Danish customers at fair, reasonable and non-discriminatory prices for a period of at least 10 years after the merger.

The third merger was JP/Politikens Hus/Dansk Avis Omdeling/Bladkompagniet.[5] JP/Politiken publishes three large national newspapers in Denmark. In addition, it provides publishing, printing and news services. Dansk Avis Omdeling (DAO) distributes daily newspapers in the geographical area of Jutland, as well as parcels throughout Denmark. Bladkompagniet distributes newspapers in the geographical area of Zealand and the Danish Islands, as well as letters throughout Denmark. Based on an overall assessment, the DCCA considered that the merger would lead to a significant impediment to effective competition, since JP/Politiken would become the owner of the only two daily newspaper distributors in most of Denmark, giving them an incentive to raise distribution prices for competing newspaper publishers. To meet the concerns, JP/Politiken offered five commitments to ensure that DAO and Bladkompagniet carry out newspaper distribution at fair and non-discriminatory prices to their customers.

In our interviews with the Danish competition lawyers, we asked them about the recent and expected trends in merger control in Denmark. The interviewed lawyers largely agreed that the DCCA is efficient in its process of clearing unproblematic mergers. This has also been the case in previous years.

However, the interviews also revealed that the duration of the clearance process continues to create frustration among both companies and lawyers. The criticism mainly concerns larger mergers where the DCCA identifies potential concerns. The lawyers claim that the DCCA works too slowly and often makes the approval of transactions more complex than necessary. More specifically, some lawyers argued that, in mergers that require notification in several countries, the DCCA is often the last authority to complete its investigation. Others find that the DCCA tends to consider too many possible market segmentations that are not based on previous practice and are not always well founded.

The DCCA does not agree with this view and notes that case handling times have continuously decreased over the past few years. The DCCA often finds that companies are reluctant to admit that their merger plans may give rise to competition concerns and note that the competitive concerns of the DCCA are usually also reflected by the traditional indicators such as high market shares.

In the past year, the DCCA issued decisions in two cases about anti-competitive agreements. One concerned a collective boycott by an association of Peugeot car dealers of the biggest digital marketplace for cars, Bilbasen.[6] For a limited time, the car dealers agreed not to advertise their cars on Bilbasen and instead only use their own competing platform, Biltorvet. The other decision concerned a market-sharing agreement, where the DCCA concluded that an association of undertakings[7] assigned exclusive marketing areas to the members of the association.[8] The latter is the first decision that the DCCA will bring to the Maritime and Commercial High Court to claim the issuing of a civil fine.

The DCCA also intervened against a company that provides software for personal tax calculation. According to the DCCA, the company’s agreements with its customers contained several terms that raised competitive concerns. For instance, some agreements were non-terminable for up to three years and four months. To address these concerns, the company offered commitments to remove the potential anticompetitive terms from their agreements. The commitments offered by the company are valid until mid-2027, that is, around six years.[9]

It seems to be the general impression among the Danish competition lawyers that the high number of merger cases has affected the number of anti-trust cases at the DCCA since the DCCA had to spend more resources on mergers. According to the lawyers, this has led to fewer anti-trust investigations being launched and perhaps also current investigations being paused. As in previous years, our interviews also revealed that many lawyers find that the DCCA takes too much of a form-based approach and focuses excessively on ‘by object’ infringements.

The DCCA considers 2021 and 2022 to be highly productive years. According to the DCCA, the current anti-trust cases have a different character than what both companies, lawyers and the DCCA are used to. The DCCA refers to the amendment to the Danish Competition Act involving ‘civil fines’. This amendment came into force in March 2021 and meant that the DCCA can now issue fines to companies and, if the companies do not accept the fine, the DCCA can approach the Maritime and Commercial High Court and claim the issuing of a civil fine. This is a change from the previous system in Denmark, where a company breaking the competition law was considered a criminal offence, meaning that fines could only be issued by the police.

The DCCA expects that these civil fines will affect the number of final anti-trust decisions since cases can now be closed by companies accepting to pay a fine. This implies that simply looking at the number of anti-trust decisions is not as accurate an indication of the DCCA’s productivity as previously. Ever since the civil fine amendment came into force, the DCCA has issued 20 fines to companies involved in the ‘disco-cartel’.

The DCCA considers civil fines to be somewhat of a gamechanger since cases can now be settled directly with fines. They mention that they have already been contacted by companies that want to use this possibility to close an ongoing anti-trust case against them. Prior to the ECN+ being implemented, the DCCA expected that more companies would bring cases to court. However, so far, the cases have been concluded with a decision to fine by the DCCA. This is also noticed by many of the lawyers, who say that the size of the fines so far has been determined by the DCCA. They expressed interest in seeing what happens when these cases are brought before the courts.

The past year has not been one during which the DCCA introduced new economic methods in their case handling. However, the DCCA has maintained a strong focus on economic analysis, especially in merger cases.

One of the most common analyses used by the DCCA is a price pressure analysis, such as the upward pricing pressure and the indicative price rise (IPR) analysis. The lawyers ask for more transparency about how the DCCA assesses and interprets if the results support the existence of a significant impediment to effective competition. The use of, for instance, IPR analysis implies that, in merger cases, the parties must always consider possible price increases, even if they are small. Lawyers call for a threshold indicating when a price increase is below the de minimis limit.

Digital competition enforcement is on the agenda in Denmark

Digital competition issues are high on the agenda of competition authorities around the world, including in Denmark. In 2019, the DCCA announced that it would increase its focus on digital platforms and created a new division enforcing the competition rules vis-à-vis digital platforms and, through ongoing analysis, establish new knowledge. Since the establishment of the division, the Competition Council has issued several decisions involving small platforms and digital aspects,[10] and the DCCA has made reports and articles about digital topics. However, there seems to be a consensus about the biggest digital cases being handled at the EU level, and many of the interviewed lawyers are eager to see what the future holds for digital competition enforcement in Denmark.

[1] The Competition Counsel has the final responsibility of the competition authority’s administration of the Danish competition law, and make decisions in large and/or principle cases including all antitrust cases and all phase II mergers.

[2] A financial remedy for a company’s violation of the competition law.

[7] The association, Botex, negotiates agreements with suppliers of home textile on behalf of the members.