From the enforcer: Competition Authority

Sweden: from the enforcer

The term for the director general is six years, with the possibility of renewal for a further three years.

The director general took up his position in September 2017. His mandate expires in 2023.

The budget allocated to the Swedish Competition Authority (SCA), as stipulated in the Government Appropriation Directive for 2021, is 164,697,000 kronor. In addition, the SCA is allocated a separate budget of 10,804,000 kronor for funding research.

The SCA had 144 employees (full-time equivalents) in 2020, most of whom are lawyers or economists.

There are no industry-specific regulators or other agencies with powers to apply the Competition Act.

No, with one specific exception: a concentration between undertakings can be prohibited under the Competition Act only if a prohibition can be issued without significantly setting aside national security or essential supply interests. However, this provision has not been applied thus far.

As of 1 January 2018, the SCA has been granted the power to make decisions to block a merger. Prior to this date, the SCA had to bring an action before the Patent and Market Court to block a merger. In 2019, the SCA prohibited a deal which we found would significantly impede effective competition with regard to well-known Swedish cheese brands. The decision was appealed, but owing to obstacles to the implementation of the merger arising from an arbitration decision, no ruling on the merger was made in substance.

Yes, there are several examples where parties have made commitments to eliminate adverse effects of the concentration.

Yes, furthermore the SCA has issued general guidelines on reduction and immunity from fines. Potential applicants should contact the SCA’s leniency coordinator via our website www.kkv.se.

In 2021, the Authority was granted decision-making powers for competition fines and investigative fines. In addition, the transposition of the ECN+ Directive into Swedish law brought about a raft of amendments, such as the introduction of sanctions for companies that do not comply with dawn raids, interviews and requests for information.

Yes, the Chief Economist's Unit is responsible for economic analysis.

A concentration shall be notified to the SCA if:

The creation of a joint venture, which on a lasting basis fulfils all the functions of an autonomous economic entity, constitutes a concentration within the meaning of the second point above.

The SCA grants an undertaking immunity from any fine that would otherwise have been imposed if:

To be granted immunity, the undertaking must also satisfy the following cumulative cooperation conditions:

Immunity from fines will not be granted if the undertaking has coerced another undertaking to participate in the illegal anticompetitive cooperation.

In cases where the SCA already has enough evidence to carry out a targeted inspection and no undertaking has met the conditions of the first type of leniency, the SCA will grant an undertaking immunity of any fine that would otherwise have been imposed if the undertaking is the first to submit evidence that, in the SCA’s view, enables the finding of an infringement (such as an illegal anticompetitive cooperation).

Undertakings that do not qualify for immunity may benefit from a reduction of any fine that would otherwise have been imposed. In order to qualify for a reduction of fines, the undertaking must provide the SCA with evidence of the alleged illegal anticompetitive cooperation that represents significant added value relative to the evidence already in the SCA’s possession at the time of the application.

To qualify for a reduction of fines, the under-taking must meet the same cooperation conditions as for immunity.

Sweden: from the enforcer's competition economists

How many economists do you employ? How many have PhDs in industrial economics?

The Swedish Competition Authority has around 42 economists (in the field of competition). Twelve have PhDs, seven of them in industrial organisation.

How are these economists distributed within the organisation? Do you have a separate economics unit, or ‘bureau’?

There is a separate Chief Economist’s Unit that comprises nine economists.

Yes, Arvid Fredenberg is the chief economist and head of the Chief Economist’s Unit.

To the director general.

In addition to having or not having a unit, does the agency include a specialist economist on every case team?

The authority has a special government appropriation for general research in economics and law, including public procurement (approximately 11 million kronor (€1.067 million)). The bulk of the funds are distributed following a peer review process, undertaken by a scientific council attached to the authority. In certain cases, the authority procures services from economic (and other) experts to support the case teams. The percentage varies, depending on the cases. 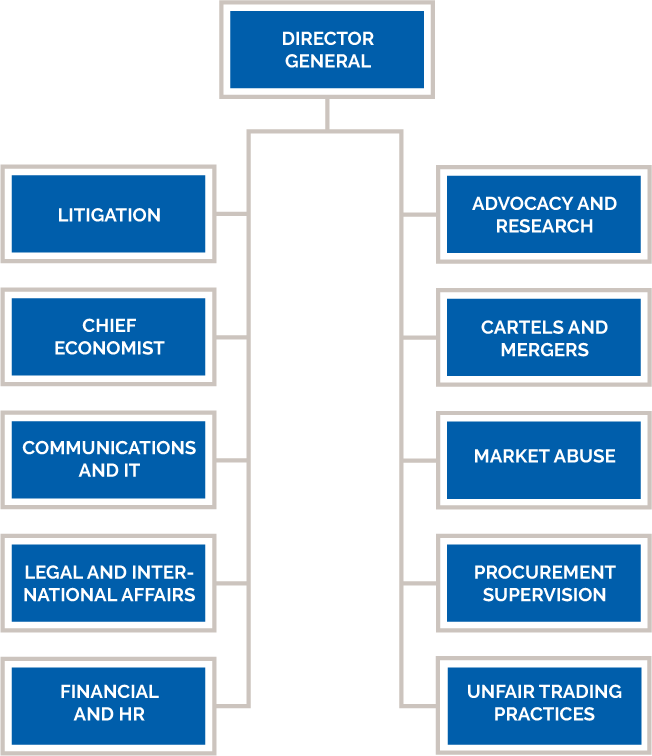