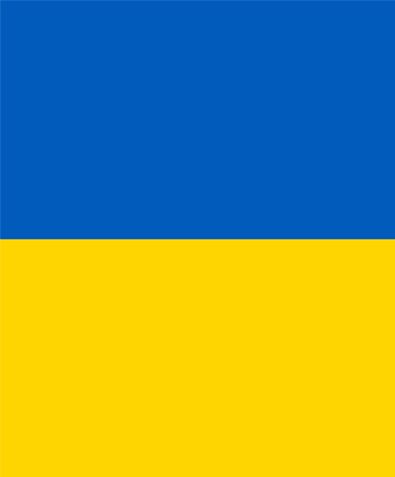 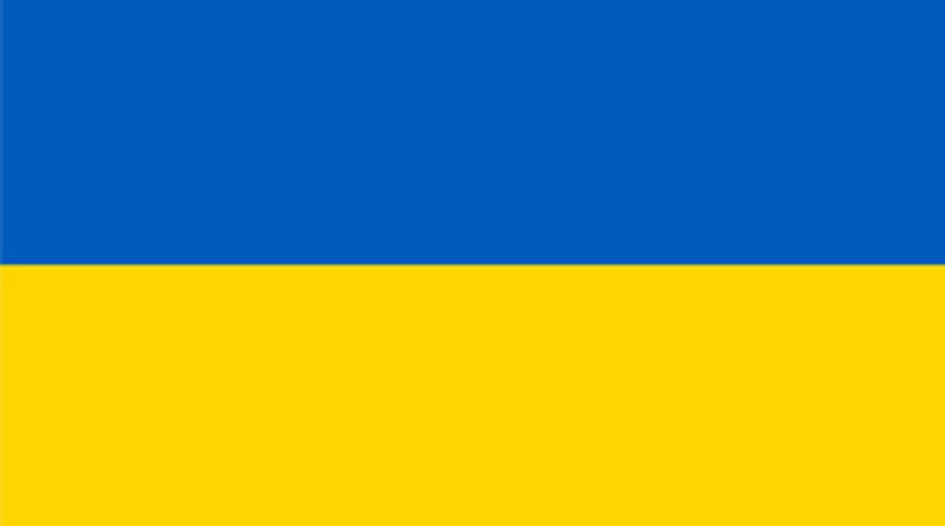 Ukraine: from the enforcer

How long is the head of the agency’s term of Office?

The term of Office of the Сhair of the AMCU is seven years, according to article 9 (2) of the Law on Antimonopoly Committee of Ukraine (AMCU Law).

The Сhair of the AMCU may be reappointed upon the expiry of the seven-year term of Office. However, the Chair shall not be appointed for more than two consecutive terms (article 9 (2) of the AMCU Law).

How many staff is employed by the agency?

There are 761 members of staff (including 363 staff members in the Central Office and 398 in regional offices).

The Сhair annually reports on the AMCU activities to theparliament (article 9 of the AMCU Law).

Do any industry-specific regulators have competition powers? If so, how do these relate to your agency's role?

May politicians overrule or disregard authority's decisions? If they have ever exercised this right, describe the most recent example.

In general, there is no such possibility. At the same time, the Cabinet of Ministers of Ukraine may authorisemergers (article 25(2) of the Law on Protection of Economic Competition (LPEC)) or concerted actions (article 10(3) LPEC) that were prohibited by the AMCU (due to a threat of monopolisation or substantial restriction of competition) if the participants of such concentrations or concerted actions prove that a positive effect of the merger (concerted actions) in question on the public interests outweighs their anticompetitive effects.

However, there have been no such cases recently.

Beside this, as mentioned above, mergers or concerted actions that are capable of leading to monopolisation or significant restriction of competition and on this ground were not authorised by the AMCU, may nevertheless be authorised by the Cabinet of Ministers of Ukraine if positive effects of the concentration (concerted actions) on the public interests outweighs its anticompetitive effects.

Which body hears appeals against the agency's decisions? Is there any form of judicial review beyond that mentioned above? If so, which body conducts this? Has any competition decision by the agency been overturned?

The Commercial Court considers most appeals against the AMCU’s decisions. Decisions of the AMCU have been overturned in numerous cases.

One of the main problems in this context is a judiciary’s limited expertise in the field of competition law and economics basics that prevents courts from making well-founded decisions in cases.

The judicial system of Ukraine consists of local courts (courts of first instance); appellate courts (courts of the second instance); and the Supreme Court (its Cassation Commercial Court, the court of the third instance).At the Supreme Court, the cases related to antimonopoly and competition laws are considered by the specialist panel of the Cassation Commercial Court.

There have not been any recent cases where the AMCU has blocked a proposed merger.

There have been cases where the AMCU imposed commitments on the participants of a merger as a condition for authorisation of the mergers. For instance, in 2019–2020, such commitments were defined in four cases (see below).

Notably, according to the 2016 amendments to the LPEC, the parties were granted the right to propose such remedies to AMCU as a condition for a merger permit.

PJSCKyivoblenergo and JSC Odesaoblenergo are operators of electricity distribution systems within the Kyiv and Odesa regions, respectively.

During the proceedings, the Committee investigated the impact of the DTEK Group’s acquisition of two distribution system operators on the electricity markets and conducted a survey of electricity market participants, relevant associations, the Ministry of Energy and Coal Industry and the National Commission for State Regulation of Energy and Utilities (NERC).

Following the proceedings, the Committee concluded that:

as a result of the implementation of mergers there is no negative impact:

Also,according to a survey of the Ministry of Energy and Coal Industry, the NERC, market participants and relevant associations, the majority of respondents did not express warnings about this merger.

However, some interviewees confirmed the Committee’s concerns about the potential negative impact of the merger, both in the current market model and in the full-scale electricity market model, which is operational from July 2019, namely, following the consideration of the case by the Committee, was found the existence of a potentially negative influence of mergers:

At the same time, a such risk of a potentially negative impact in the current model and the model of a full-scale market can be fully mitigated by assigning DTEK Group behavioural obligations.

Taking into account the above, the Antimonopoly Committee of Ukraine decided to grant appropriate permits to DTEK Group due to the provision of binding obligations, to neutralisethe potentially negative impact on the electricity markets, in the current model and after the introduction of a full-scale electricity market.

So, the Antimonopoly Committee of Ukraine allowed the limited liability company DTEK Naftogaz (DTEK Group) to acquire shares of the PJSCKyivoblenergo and JSC Odesaoblenergo, provided that the DTEK group fulfilled the relevant obligations.

The AMCU has recently passed a decision in a bid-rigging case involving two foreign respondents, UK and Seychelles companies. The respondents rigged bids at the 2015 tender of a Ukrainian state enterprise UkrGasVydobuvannya for the purchase of a block-modular complex of a coiled tubing installation. Both companies were fined for this infringement (and now are effectively barred for three years from participating in other public procurement tenders).

Under article 6(5) LPEC, if a person who has committed anticompetitive concerted actions, but voluntarily informed the Antimonopoly Committee of Ukraine or its territorial office of the fact before the remaining participants in the actions, and submitted essential information to taking a decision on the case must be relieved ofliability for committing anticompetitive concerted practices as provided for by article 52 of the present law. The LPEC obliges the AMCU to ensure the confidentiality of all information about such individual.

Currently, the AMCU is in the middle of a comprehensive process of numerous reforms. Some of them have been already implemented, while several significant reforms are still ongoing.

Most of the AMCU’s initiatives in the field of future reforms of competition legislation will focus on the following:

The Law of Ukraine of 19 September 2019 amended the Law of Ukraine On Protection of Economic Competition in terms of improving the procedure for financial restructuring, in particular, regarding the definition of a single property complex, and cases that are not considered a concentration.

Draft Law No. 2730 on the reform of competition law and alternatives to it is currently registered in the Parliament. Since March, the Committee has been working to improve and strengthen the bill with European and American counterparts. The goal is to fill the existing gaps in Ukrainian legislation with the European one (established within the framework of the European Twinning project in 2016–2019) and to bring the norms as close as possible to the current needs of the Ukrainian economy and the best European and American practices.

The main responsibilities are:

Yes, to some extent. Under article 7(7) of the AMCU Law, the AMCU has the power to inspect the premises and vehicles of undertakings as well as seize and arrest evidence (assets, documents or other data media).

However, the inspections procedure differs from searches conducted by law enforcement agencies in criminal cases. For example, during AMCU inspections, an undertaking may refuse to grant access or to provide the necessary documents or information. In this case, the AMCU may qualify such actions as creating impediments in the investigation and may only impose a fine (up to 1 per cent of the annual income of the undertaking).

Has the authorityimposed penalties on officers or directors of companies for offences committed by the company? If yes, please provide the most recent instances.

Formally, the LPEC authorises the AMCU to impose administrative fines on officers public authorities for a refusal to provide information upon the AMCU request, comply with the AMCU decision as well as for the creation of impediments in the investigation (in the latter case, such a fine may also be imposed on officers of undertakings). However, numerous inconsistencies with other laws (first of all with the obsolete rules of the Code of Ukraine on Administrative Offences) and the insignificant amounts of these fines render imposition of the penalties either impossible or ineffective.

According to article 24 of the Law on Protection of Economic Competition, mergers may be carried out only after economic entities have attained a prior authorisation granted by the AMCU if the cost parameters of the participants exceed the following thresholds:

All cases where it is necessary to apply to the AMCU for the authorisation of a merger are defined by articles 22 and 24 LPEC. There are also different ways of acquiring control than the acquisition of a majority stake (for example, the purchase of the right to veto). The LPEC also defines such cases.

Ukraine: from the enforcer's competition economists

The main responsibilities are:

No, since former chief economist Dar’yaCherednichenko has been appointed to Deputy Chair – State Commissioner position in October 2019, there has not yet been an official appointment to this position. Currently, acting chief economistis VladyslavKryzhniy, the head of Planning and Reporting unit of the Economic Analysis Department.

The chief economist directly reports to the chair of AMCU and the head of staff (on administrative questions).

New employees of the AMCU are hired according to Ukrainian legislation, which dictates a competitive procedure that the chief economist may take part in.

The Economic Analysis Department has nine employees with economic education, and three people in the AMCU have a PhD in economics. There are severalPhD students in economics.

Case teams consider the most notable cases with participation of the Economic Analysis Departmentemployee, an employee of the legal department and the respective industrial or investigations department. Economists can also be involved in the investigation process, committee meetings and court hearings.

Is the economist unit a ‘second pair of eyes’ during cases – is it one of the agency's checks and balances? If not, why not?

Some market studies are outsourced to the AMCU's Complex Research Centre.