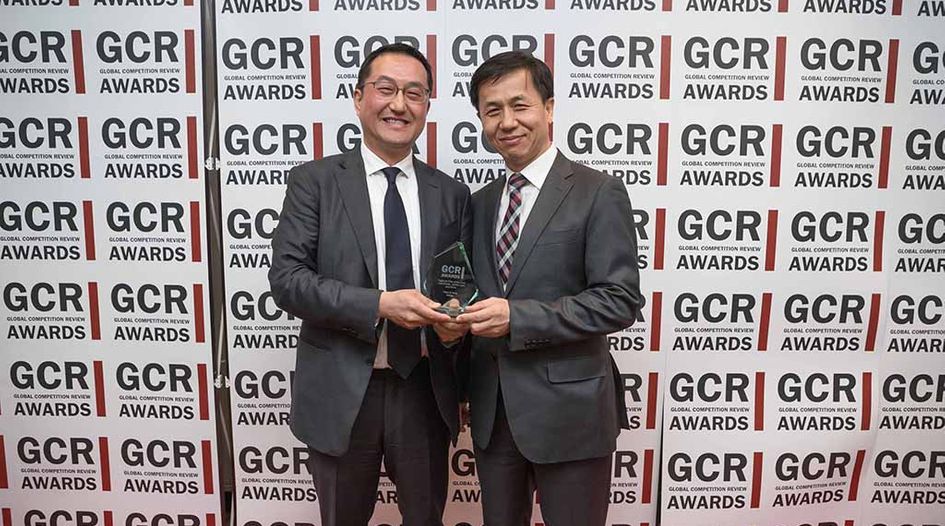 Korea-based Yoon & Yang took home the award for regional firm of the year - Asia Pacific, Middle East and Africa at the GCR Awards 2018, ahead of four other shortlisted firms.

The firm boasts a well-regarded competition practice. In 2017 it continued to advise national and multinational companies in enforcement investigations. It represents Qualcomm in its appeal against the KFTC’s abuse of dominance decision before the Seoul High Court, and has filed an injunction against the enforcement of that decision before Korea’s Supreme Court. The team secured unconditional KFTC approval for Hoya Corporation’s acquisition of Performance Optics, despite very high market shares, and defended a client in the conveyor belt cartel investigation.