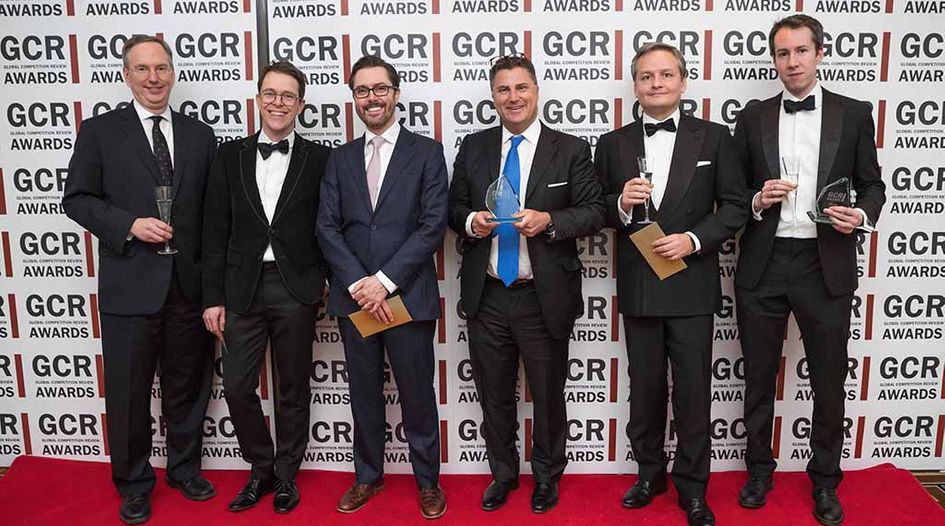 The UK air cargo follow-on case was awarded Litigation of the Year - Cartel Defence at the GCR Awards 2018, ahead of six other nominees.

In October 2017, airlines defending UK litigation tied to their alleged participation in the air cargo cartel scored a resounding victory by striking out half of the value of the claim. Having previously struck out claims for unlawful means conspiracy and the claim by 65,000 Chinese companies, the airlines have reduced claims originally valued at over £5 billion (€5.69 billion) to £150 million (€170.61 million). The application concerned how article 101 of the Treaty on the Functioning of the European Union applied to air transport between EU and non-EU countries before 1 May 2004 and whether, absent any finding of infringement by the European Commission or a national authority, any claims for damages could be made relating to that period. High Court judge Mrs Justice Vivien Rose found that no such claims could be made, greatly reducing the lawsuit’s temporal scope.

Partners Nicholas Heaton and Ivan Shiu in London, and associates Oliver Humphrey and Will Moir in London