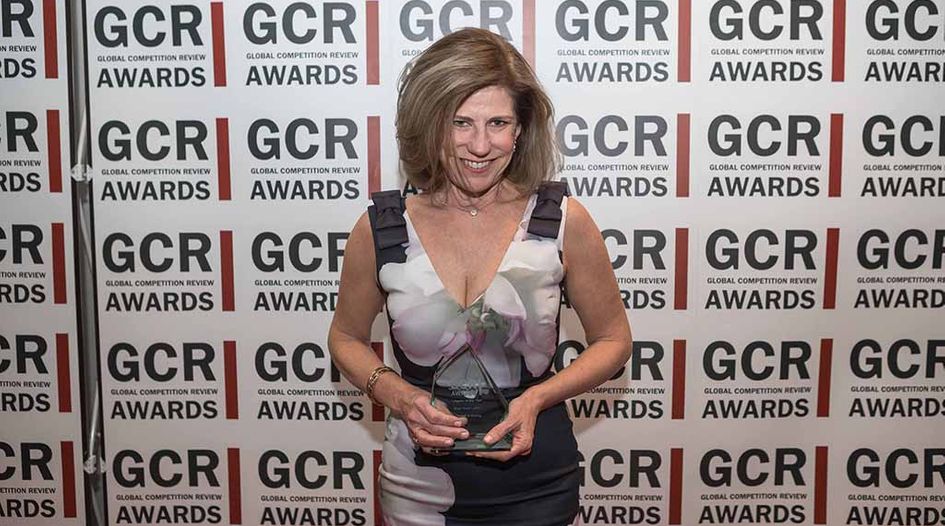 Shari Ross Lahlou won Litigator of the Year at the GCR Awards 2018, coming ahead of seven other nominees.

Ross Lahlou, the antitrust co-chair of Crowell & Moring, successfully defended two significant pre-trial wins on appeal, defeated class certification in a notable price-fixing multidistrict litigation, and tried a US$39 billion merger case. The US Court of Appeals for the Third Circuit affirmed a grant of summary judgment in favour of DuPont against Valspar’s claim of US$525 million in damages, clarifying the appropriate standard for assessing evidence in price-fixing cases. She also secured summary judgment in the US Court of Appeals for the Tenth Circuit for Owens & Minor, in a suit brought by Suture Express alleging price bundling and more than US$1 billion in damages. The case addressed the extent to which loyalty-bundled discount pricing can be anticompetitive. Other notable successes last year included helping to convince a federal court to deny class certification in Rail Freight Fuel Surcharge. Lahlou was trial counsel for and led the team defending Humana in the lawsuit brought by the US DOJ to block its proposed merger with Aetna; the government won the case.