The Repeal of Hart-Scott-Rodino 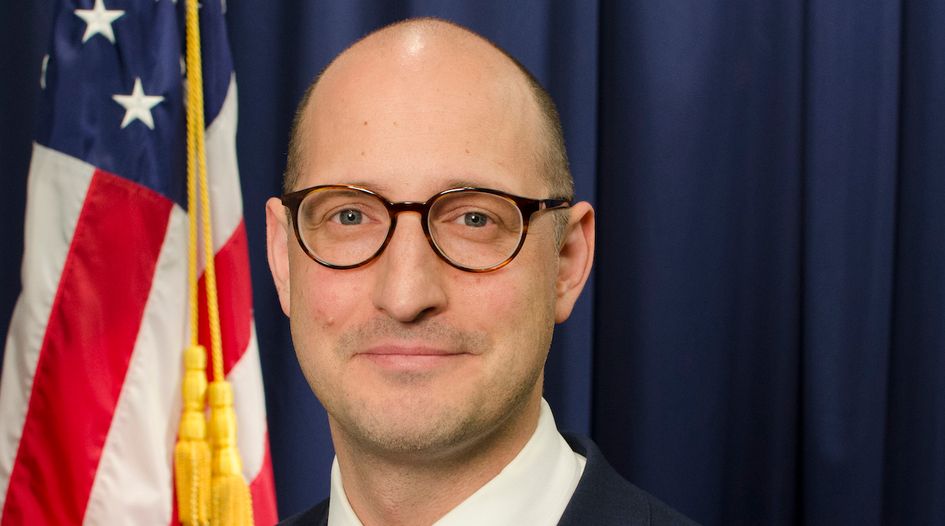 Since Democrats took the reins at the Federal Trade Commission, they have made changes to the merger review process that have drawn criticism from their Republican colleagues. In an exclusive piece, Republican Commissioner Noah Phillips outlines his concerns about how the new processes could be undermining the Hart-Scott-Rodino Act, which guides US merger control.

Forty-five years ago last week, President Gerald R Ford signed into law the Hart-Scott-Rodino Antitrust Improvements Act of 1976 (HSR). This law, which enables federal antitrust authorities to block or remedy anticompetitive mergers before they happen, is a critical tool for protecting consumers that gives businesses clarity before they do the hard work of merger integration. HSR was a “win-win” for consumers, enforcers, and markets, but today federal regulators are undermining its intent.

Before HSR, antitrust enforcers went to court after mergers happened to break up the anticompetitive ones. HSR co-sponsor Congressman Peter Rodino of New Jersey worried about “these long and costly and generally futile attempts to unscramble” consummated mergers. Consumers were already being harmed. Courts were reluctant to upset business operations by breaking up companies. Companies weren’t happy either, as they faced having to unwind businesses after investing time and money.

Advance review of mergers – HSR – was the elegant solution. Antitrust enforcers got an early look at transactions, time to investigate and go to court to block them if necessary, and judges more willing to grant relief to stop bad mergers. The government was more successful blocking mergers with HSR than without, by far. Businesses got an answer to whether they could merge in advance, and thus the ability to plan and avoid the needless loss of capital. Win-win.

Congress adopted sound public policy in adopting HSR but today, the antitrust agencies are tearing up the law without an act of Congress. It’s no secret that concerns about big technology companies have made calling for more antitrust enforcement against them good politics across the board, but an increasingly vocal and influential cohort wants to target mergers across the economy. Witness last year’s proposal by several members of Congress to ban all deals outright, as if letting the market work was such a bad thing.

Federal antitrust agencies are making merging harder, whether the transactions are anticompetitive or not. They are requiring parties to wait longer to consummate HSR-reportable transactions that raise no apparent competitive concern. The Federal Trade Commission is sending letters threatening to break up mergers, reportedly including some it is not even investigating.

HSR specifically contemplated giving the government a chance to resolve concerns with mergers ahead of time: letting the good stuff happen without the bad, and saving precious resources for the agencies to go to court to challenge the deals they need to block. The recent uptick in merger activity and the potential for long, expensive antitrust cases make now precisely the wrong time to undo that congressional largesse.

Resolving issues means making tough calls and saying “yes” to some deals; instead, the agencies are undermining the HSR process and sowing uncertainty.  They are raising the cost of settling or, sometimes, simply failing to make decisions.

The Department of Justice allowed Google to buy Fitbit without closing the investigation. The FTC let 7-Eleven buy thousands of Speedway gas stations with no protection for consumers from problematic overlaps even though, according to the parties, staff had signed an agreement resolving significant competition concerns. (Weeks later the agency took basically the same deal.) The president’s recent executive order on competition encourages agencies to bust open more long-consummated transactions.

While the legislative directive is to resolve anticompetitive mergers ahead of time where possible, the way the antitrust agencies are proceeding defies that mandate: tax transactions through uncertainty, expense, and government fiat. This will leave companies and their customers and suppliers in limbo, cause assets to dissipate, and sometimes lead to the abandonment of deals that benefit consumers. And smaller companies will bear more of the burden, as uncertainty and cost drive them to relent or cancel growth plans while bigger, wealthier corporations can afford to fight the government. Investigations – let alone federal cases – aren’t cheap, routinely costing millions of dollars.

Leaving aside the wisdom of the thing, will undoing HSR even work? One thing to expect is “strategic behaviour” from companies: giving the government less time to do its work and making it less effective in court. Or “fixing it first”, where the merging parties – not the government – decide themselves how to address competitive concerns and force the agencies to litigate that.

Lawsuits are also expensive and uncertain, even with preparation. At the same time, the FTC is announcing it is strapped for cash. It is making the work of merger enforcement less efficient and effective. In 2021, the FTC has brought far fewer merger challenges on an annualised basis than in 2020 and has launched fewer merger investigations. American consumers will pay the price.

Congress adopted HSR because the government was failing in its merger enforcement efforts to protect consumers and businesses couldn’t get certainty and make investments. Consumers, businesses, and law enforcers all won. Congress could repeal HSR, but it hasn’t and it shouldn’t. Neither should the agencies.