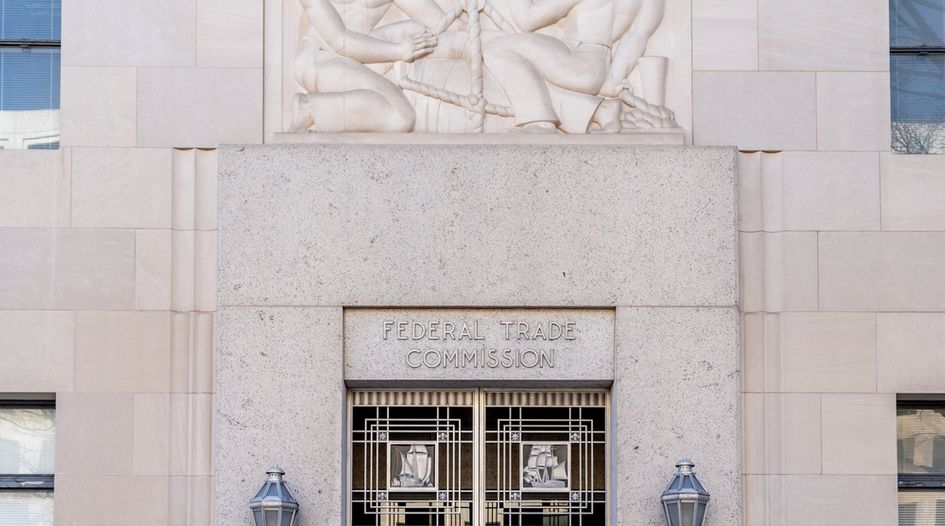 The Trump administration requires all federal executive agency appointees to sign an ethics pledge prohibiting them from participating for two years in matters involving parties that are “directly and substantially related” to their former employer or former clients.

During the final days of the Obama administration, the FTC sued Qualcomm for allegedly monopolising the markets for modems used to connect cell phones to mobile networks. The agency’s three seated commissioners voted along party lines to proceed with the suit.

The suit went to trial in January 2019 with Simons recused.

The FTC won at the district court level before the US Court of Appeals for the Ninth Circuit issued a resounding reversal on Tuesday. The three-judge panel broadly rejected the FTC’s theory of harm that the chipmaker’s licensing practices amount to an unreasonable restraint of trade and exclusionary conduct.

Simons’ recusal ended on 1 May. Now, for the first time, the agency has enough votes to take an affirmative step in the litigation.

The FTC can request for the full Ninth Circuit to rehear an appeal en banc or request that the Department of Justice’s solicitor general petition the Supreme Court for review.

An FTC spokesperson said both of those actions would require a vote from the commissioners.

However, there has been some debate about what exact procedures need to happen in certain scenarios.

It also is not apparent where commissioner Noah Phillips and Simons stand on the case. Commissioners Rohit Chopra and Rebecca Kelly Slaughter celebrated the FTC’s win at the district court and commissioner Christine Wilson backed Qualcomm’s appeal.

Redgrave partner David Shonka said if the FTC is going to proceed, it probably makes the most sense for the agency to ask for a rehearing before the entire Ninth Circuit.

“Without a strong dissent, there may be a reason to not want to run off to the Supreme Court right away,” Shonka said. He spent over 40 years at the commission, including as its principal deputy general counsel.

If the commission loses after a rehearing en banc, it could still get a dissenting opinion or two that might increase the likelihood of the Supreme Court granting a writ of certiorari, Shonka said.

“The more the merrier,” Shonka said of the dissents.

Shonka said it is “entirely possible” for the FTC to move for a rehearing en banc without a formal vote from the commissioners. The FTC would not be making the decision out of its own volition but through internal consultation and the blessing of the front office.

Multiple former US antitrust enforcers agree that the commissioners would need to cast a vote to ask the DOJ’s solicitor general to represent the agency in its petition for writ of certiorari.

There also appears to be a strong feeling amongst the competition experts GCR USA spoke to that the DOJ would deny such a request, given that the agency already intervened on behalf of Qualcomm before the Ninth Circuit.

The FTC is one of the few federal agencies to have the authority to petition the Supreme Court review after the US solicitor general declines to do so, however.

The FTC has represented itself before the Supreme Court on five occasions. Most recently, the agency requested a review of an August 2019 ruling from the US Court of Appeals for the Seventh Circuit, which broke with its own precedent in finding that the FTC did not have the authority to recoup a company’s ill-gotten gains on behalf of consumers. The Supreme Court granted that petition and oral arguments are slated for October.

In that scenario, the DOJ could also request that the Supreme Court not grant the FTC’s request for a review.

There appears to be less certainty of whether there needs to be a second vote from the FTC’s commissioners if the US solicitor general declines the FTC’s request.

One former FTC official told GCR USA that after the first vote, the FTC staff would have the authority to petition the court should the US solicitor general decline.

Shonka agreed, adding that it depended on how the motion asking the US solicitor general to petition the Supreme Court was worded. He said the motion could include a phrase that authorises the FTC to file a petition on its own behalf.

“In that case, one vote would carry the whole thing,” Shonka said.

Former FTC chair William Kovacic said he would expect there to be a vote on any motions to petition the Supreme Court for review given the gravity of such a decision.

“I would as a matter of policy want to have a vote even if they did not have to,” Kovacic said.

Kovacic said he was “baffled” by the Ninth Circuit's assessment of what type of injury counts as harm to competition.

“I simply think the court has misinterpreted the law. If I was the FTC seeking review, I would say that misinterpretation distorted everything they did [in] the decision,” he said.

Kovacic said the panel seemed lost during oral arguments and in the final ruling.

He acknowledged that the FTC’s case was perhaps a bit novel and ambitious, but that is probably the type of case required to advance the law.

“This is a reminder to the government agencies how demanding doctrine is,” he said. “Doctrine of the courts is not welcoming. It’s not categorically hostile, but it’s sceptical.”