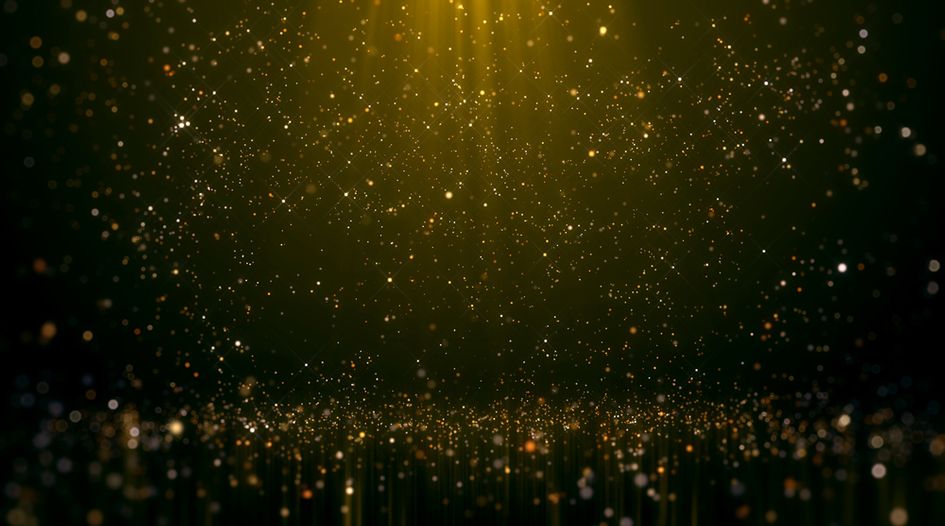 Competition lawyers, economists and academics attended GCR’s first-ever virtual awards on 10 November. The video ceremony belatedly honoured some of the most complex deals and cases from 2019, as well as several of that year’s leading firms and standout individuals.

T-Mobile’s $26 billion acquisition of Sprint and the required divestiture of assets to DISH Network won the award for matter of the year. The US Department of Justice conditionally approved the deal in July 2019 subject to structural remedies. The agency was originally concerned that the four-to-three tie-up would increase the likelihood of price coordination between the companies, but the DOJ said in its remedies decision that both companies had already pushed the likes of Verizon and AT&T to offer more competitive deals. Cleary Gottlieb Steen & Hamilton and Compass Lexecon advised T-Mobile, while Sprint instructed Skadden Arps Slate Meagher & Flom, Morrison & Foerster and Cornerstone Research. Sullivan & Cromwell and Steptoe & Johnson represented DISH, while Wilson Sonsini Goodrich & Rosati and Gibson Dunn & Crutcher advised T-Mobile’s parent company Deutsche Telekom.

The T-Mobile/Sprint/DISH deal was also nominated for merger control matter of the year in the Americas, but it was Disney’s $71.3 billion acquisition of 21st Century Fox that won this honour. The US Department of Justice approved the deal in 2018 subject to Disney divesting 22 regional sports networks, but merger approval was also required from enforcers in Brazil and Chile. Cleary Gottlieb, Skadden, Cornerstone Research, Grinberg Cordovil, Allen & Overy and Charles Rivers Associates advised Fox, while Disney was counselled by Covington & Burling, Levy & Salomão, Compass Lexecon and LCA Consultores.

IBM’s €30 billion acquisition of software company Red Hat saw off its competition to win the award for merger control matter of the year in Europe. The European Commission waved through the deal without remedies after a Phase I review in June 2019. Hogan Lovells, Cleary Gottlieb and Compass Lexecon advised IBM, while Skadden represented Red Hat. The deal was IBM’s largest-ever acquisition and the third biggest in the history of US technology markets.

BritNed v ABB won the award for litigation of the year – cartel defence. Freshfields Bruckhaus Deringer partners Mark Sansom and Nicholas Frey acted for ABB in successfully convincing the Court of Appeal of England and Wales to force BritNed to pay back nearly €6 million in damages for alleged loss suffered as a result of the EU power cables cartel. The cross-appeals heard by the Court of Appeal in 2019 marked the first time a cartel damages claim had reached the appellate level in the UK. BritNed was ordered to repay ABB almost half the damages it was awarded at first instance, as well as its costs.

The prize for litigation of the year – non-cartel defence was awarded to Apple v Qualcomm. Apple first sued the San Diego-based chipmaker in January 2017, alleging that it violated federal antitrust law by charging excessive royalty fees for its patents and thwarting competition by monopolising the market for chipsets. But shortly after opening statements were heard before the US District Court for the Southern District of California in April 2019, the companies announced that they had reached a settlement. Cravath Swaine & Moore, Quinn Emanuel Urquhart & Sullivan and Jones Day advised Qualcomm.

Hausfeld picked up the litigation of the year– cartel prosecution award for its representation of claimants in the pan-European trucks cartel claims. The European Commission’s decision to fine multiple truck manufacturers in 2016 for fixing prices sparked a wave of follow-on damages actions across the continent. By the close of 2019, claims against the conspirators had reached €5 billion in value, covering 500,000 plus affected trucks and more than 10,000 affected purchasers.

The award for litigation of the year – non-cartel prosecution went to Apple v Pepper. In May 2019, the Supreme Court ruled in a five-to-four judgment that iPhone owners can sue Apple for antitrust damages as direct purchasers of software sold through its App Store. Wolf Haldenstein Adler Freeman & Herz and Kellogg Hansen Todd Figel & Frederick advised class representative Robert Pepper in his battle against the tech giant.

US v Heritage Pharmaceuticals picked up the award for behavioural matter of the year in the Americas. In June 2019, Heritage Pharmaceuticals admitted it fixed prices, rigged bids and allocated customers for diabetes medication Glyburide following a probe by the US Department of Justice. The case marked the first time the Antitrust Division entered into a deferred prosecution agreement with a company outside the financial services industry. Gibson Dunn & Crutcher partners Scott Hammond, Jarrett Arp, Jeremy Robison and Jonathan Phillips advised Heritage Pharmaceuticals.

Latham & Watkins won the award for behavioural matter of the year in Europe for its representation of Facebook in a precedent-setting abuse of dominance probe by Germany’s Federal Cartel Office. Partner Michael Esser led the team that successfully appealed against the agency’s interim order in 2019, after the German enforcer found that the company abused its dominant position by forcing users to give up their data when linking their account with the company’s other services like Instagram and Whatsapp. WilmerHale partner Hans-Georg Kamann and special counsel Peter Gey also advised Facebook.

Rajah & Tann secured the award for behavioural matter of the year in the Asia-Pacific, Middle East and Africa for its representation of Coca-Cola in the Malaysian Competition Commission’s probe into the company’s suspected resale price maintenance. The agency concluded that there was no evidence that Coca-Cola provided incentives or promotional measures to encourage its retailers.

Cravath Swaine & Moore swept aside its competition to win regional firm of the year – Americas. The firm represented Qualcomm in multiple antitrust cases, including its global fight with Apple, which the two companies settled. Cravath is also representing Qualcomm in the FTC’s monopolisation case and in consumer class action litigation following-on from that litigation. The firm also represented travel technology company Sabre in its successful appeal against an adverse jury verdict in an antitrust case brought by US Airways.

Gleiss Lutz won the award for regional firm of the year – Europe. A GCR 100 elite-ranked practice in Germany, the firm achieved a notable victory for Booking.com before the Düsseldorf Higher Regional Court in 2019, which ruled that the company can include most-favoured-nation clauses in its contracts with hotel operators. The team also advised a joint venture between Miba and Zollern in a “Phase III” review, which saw the government approve the deal on environmental grounds after overriding an earlier decision by Germany’s Federal Cartel Office warning that the joint venture would restrict competition.

Trilegal secured the award for regional firm of the year – Asia-Pacific, Middle East and Africa. Nisha Kaur Uberoi leads the team, which represented Schneider Electric India in its acquisition of Larsen & Toubro’s electrical and automation business. The Competition Commission of India cleared the tie-up with behavioural remedies – marking the first time the enforcer conditionally approved a deal following a Phase II probe. The firm also acted for NSK in the first-ever leniency application before the Competition Commission of India involving international cartel participants.

France’s Competition Authority picked up the prize for government agency of the year. In 2019, the agency fined Google €150 million for abusing its dominance in the online search advertising market by imposing non-transparent and discriminatory policies on advertisers. The agency also released a joint report on digital algorithms with Germany’s Federal Cartel Office; held hearings in a case against Apple for alleged anticompetitive sales and distribution practices; and issued almost €500 million in fines to two cartels in the food sector.

The European Commission secured the award for enforcement action of the year for its decision to block the Siemens/Alstom merger – a deal that would have created Europe’s largest supplier of rolling stock and signalling systems. The EU enforcer resisted political pressure from ministers in France and Germany, who strongly pushed the agency to wave the deal through. But competition commissioner Margrethe Vestager and her team stuck rigidly to analysing the competitive effects of the deal and concluded that the merging companies’ proposed remedies did not sufficiently address its concerns.

Sandra Marco Colino scooped the award for academic or advocacy excellence. Colino is an associate professor at the Chinese University Hong Kong and published the new edition of her textbook ‘Competition Law of the EU and UK’ in 2019.

Nicole Robins, head of Oxera’s state aid practice, was named economist of the year. She advised Ryanair on more than 30 state aid investigations in 2019 and also acted in a high-profile case arising from the UK government’s proposed rescue of British Steel, where she advised a major party on the state aid compliance of its proposed acquisition of the company’s assets.

Paula Riedel at Kirkland & Ellis was honoured with the dealmaker of the year award. Riedel worked on two major pharmaceutical deals in 2019: Bristol-Myers Squibb/Celgene and GlaxoSmithKline/Pfizer. She also advised Infineon Technologies on its acquisition of Cypress Semiconductor, which the European Commission cleared unconditionally in October 2019.

Freshfields Bruckhaus Deringer partner Deba Das won the award for lawyer of the year – under 40. In 2019, he led the team that convinced the High Court of England and Wales to allow two previously disqualified directors to carry on acting for their companies, despite opposition from the UK’s Competition and Markets Authority. He is currently advising Facebook as it challenges the European Commission’s request for information regarding two antitrust probes into the platform’s online marketplace and data-collection strategies.

Latham & Watkins partner Daniel Wall was honoured with the award for lawyer of the year. In 2019, Wall advised Novelis on its $2.6 billion acquisition of Aleris, leading the team that negotiated the arbitration agreement with the US Department of Justice – marking the first time the Antitrust Division settled a merger dispute in this way. On the other side of the Atlantic, he helped defend Broadcom in the European Commission’s abuse of dominance investigation, which saw the enforcer impose interim measures for the first time in nearly two decades. The chipmaker accepted Broadcom’s offer to remove all exclusivity and semi-exclusivity requirements from current and future agreements with customers in October 2020. Wall also advised Live Nation in extending a consent decree with the US Department of Justice by five and a half years for the company’s merger in 2010 with Ticketmaster.