Ricardo Oliveira leads the team at PLMJ. Despite the loss of counsel Luís Pinto Monteiro to Garrigues in 2018, PLMJ is still regarded as having one of the best competition practices in Lisbon. Oliveira works alongside fellow partner Sara Estima Martins, both Who’s Who Legal nominees, on a range of high-profile cases.

The practice’s workload is 70% behavioural work, Oliveira estimates. He says the team is kept very busy acting for Volvo/Renault in private damages actions related to the Trucks cartel. They also represent a leading international bank in the Portuguese authority’s probe of the sector, which has been ongoing since March 2013 when the enforcer carried out dawn raids. The firm also successfully applied for full immunity for insurance company Seguradoras Unidas in the agency’s sector investigation.

PLMJ is Portugal's largest and most senior law firm with over 290 lawyers, including 61 partners. With 50 years of history and experience, PLMJ stands out as a full-service firm that offers a high degree of specialisation gained from working across industries, sectors and countries.

The firm is recognised for its unparallelled quality in advising Portuguese, international and foreign investment clients on a wide range of matters. Through its solid network, PLMJ has established itself as a benchmark for legal services outside Portugal, thanks to its partnerships with local, independent firms in Angola, Mozambique, China, Guinea-Bissau, São Tomé and Príncipe, Brazil and Cape Verde. PLMJ also has specialised desks for France, Switzerland, Germany, the United Kingdom, Benelux, Scandinavia and Italy, to cover the key markets for outbound and inbound investment in Portuguese-speaking countries. Working with PLMJ Network, clients have access to multidisciplinary teams of lawyers who provide high-quality cross-border services enhanced by deep knowledge of the local markets and legal systems where we work. This approach guarantees the day-to-day provision of integrated legal services throughout our network. Clients benefit not only from the contacts and the immediate response, but also the security the network affords while maintaining the same coordinating partner who manages the work of all teams involved.

PLMJ has a solid network of partnerships – the PLMJ Network – across Portuguese-speaking countries. The network benefits from the synergies generated by a common language.

PLMJ has achieved a consistent and high level of recognition in all the leading legal directories, such as Chambers and Partners, The Legal 500, IFLR1000 and Best Lawyers. The firm has also had the privilege of receiving some of the most renowned legal awards including those given by Chambers Europe, The Lawyer, FT Innovative Lawyers and Who’s Who Legal, among others. 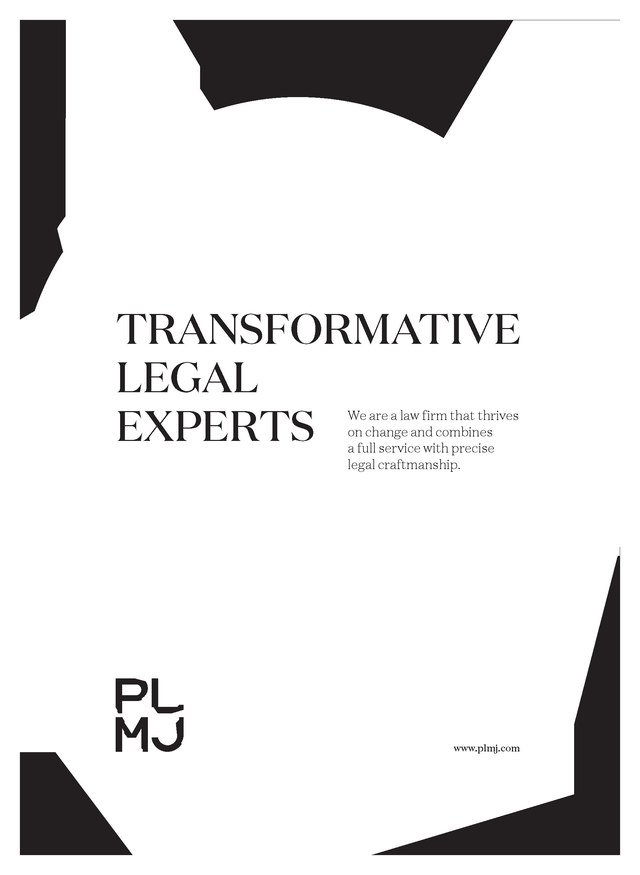