The 95 competition economists at Bates White worked on several of the most scrutinised of mergers and investigations within the research period.

In mergers, the team advised railroad industry giants Siemens and Alstom to analyse the likely competitive impact of their proposed merger on the US and Canadian markets. The project involved combining existing data with publicly available information to demonstrate that competition within a key market segment would likely be unaffected by the deal, with the Department of Justice excluding this segment from its subsequent in-depth review. The merger was abandoned after it was blocked by the European Commission.

The consultancy worked for paper and packaging company KapStone to assess the effects of its $4.9 billion acquisition by WestRock, focusing on the possible overlaps in the production and sale of kraft paper. It also advised pharmacy benefit management organisation Express Scripts in its $67 billion tie-up with health service company Cigna, which involved the analysis of both horizontal and vertical concerns.

Bates White consulted for American Express in the US Department of Justice’s lawsuit challenging the company’s non-discriminatory provisions in its merchant agreements. In June 2018, the US Supreme Court upheld the Second Circuit’s decision that the District Court for the Eastern District of New York had erred in finding the company to have violated antitrust laws and had also not properly considered the two-sided nature of the market.

The consultancy submitted two expert reports on behalf of Apple in its case against Qualcomm, alleging that Qualcomm had used its dominant position in the market for the supply of baseband modern chipsets to achieve anticompetitive licensing practices, charge non-FRAND royalties and shut out competition. The companies settled on the first day of the trial. The team was a supporting expert for the US Federal Trade Commission against Qualcomm, in a similar case that saw the chipmaker told to negotiate new licensing agreements.

Bates White provided testimony on behalf of Steward Health Care in the company’s case against Blue Cross Blue Shield of Rhode Island. The former accused the latter of monopoly conduct and conspiring with others to block Steward’s entry into the Rhode Island health insurance and health services markets. The companies settled shortly before the trial. The team is also advising for several electronic component distributors and contract manufacturers claiming that more than 15 capacitor manufacturers colluded to price-fix. 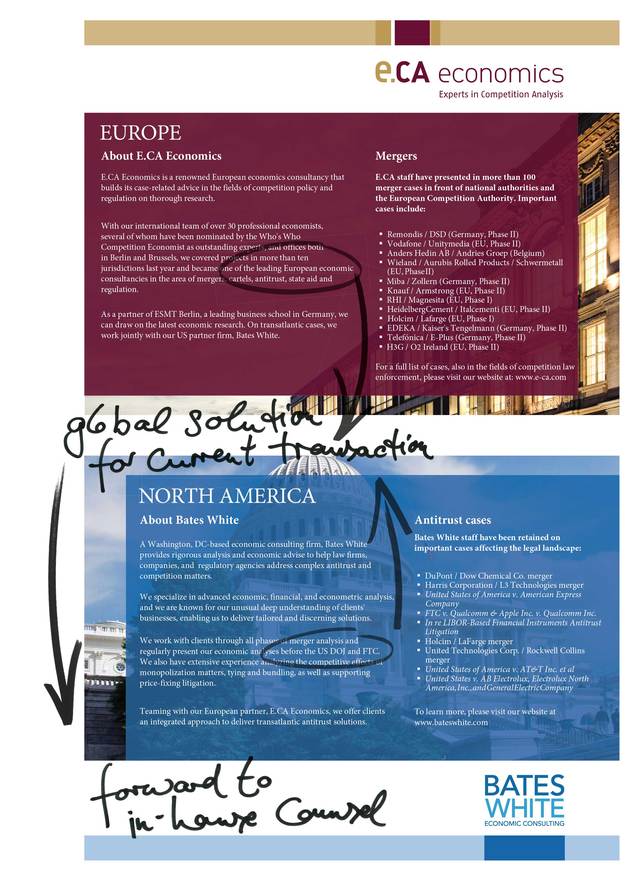