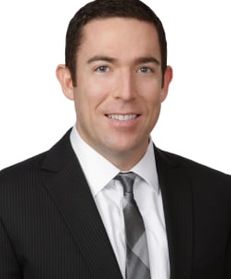 William Lavery is a partner in the antitrust and competition practice of Baker Botts’ Washington, DC office. Some of the world's largest companies rely on William’s more than a decade of experience for major “bet the company” antitrust litigations, criminal and civil antitrust investigations, and mergers. Clients in industries including pharmaceutical, technology, foundry, chemical, energy, transportation and agriculture seek William’s representation in cases alleging a broad range of antitrust violations, including price-fixing, monopolisation, Robinson-Patman violations and sham litigation. William also represents numerous companies in internal investigations and in implementing antitrust compliance programmes. William’s leadership roles include having served as the chair of the Antitrust Law Committee for the ABA Young Lawyers Division (2014–2015) and vice-chair of the Committee (2013–2014). He is a sought-after writer and speaker on a wide range of antitrust topics, drafting dozens of articles and publications, as well as a chapter in a leading damages treatise. William has been recognised for his work by The Legal 500 US and Super Lawyers, and named a "Rising Star" by Law360 (2016) as one of the top competition lawyers under 40 in the US.