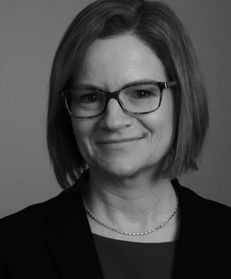 Veronica Roberts has more than 25 years’ experience in dealing effectively with merger clearances in the United Kingdom, European Union and worldwide across a range of sectors. Veronica also leads the Herbert Smith Freehills global foreign direct investment (FDI) group. As part of this role, she carries out reviews of FDI filing requirements for transactions and helps to secure FDI and NSI clearances. Veronica was closely involved in the introduction of the new NSI regime in the United Kingdom, giving witness evidence on the draft legislation to the House of Commons and working with a group of peers in the House of Lords to propose amendments to the draft legislation. Veronica has also advised various banks, international corporations and sovereign wealth funds on the effects of FDI regimes.

Veronica was based in the firm’s Brussels office for eight years and is also qualified in Belgium. She has been commended for her pragmatic and commercial advice in what can be a complex area, including most recently in The Legal 500 UK 2023, in which she is lauded as ‘excellent . . . gives you confidence you are in safe hands, won’t sit on the fence; understands and appreciates the commercial perspective and will try to come up with a solution’.