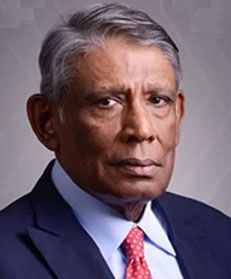 Tan Sri Dato’ Seri Siti Norma Yaakob was first called to the English Bar in 1962. Her career achievements marked many firsts for women in the judicial and legal service of Malaysia. She rose to become the first woman to be appointed to an executive position in the Judicial and Legal Service in 1963 and was elevated to the High Court Bench in 1983. In 1994 she was appointed as a Court of Appeal Judge and as a Federal Court Judge in 2001. Sworn in as Chief Judge of Malaya on 8 February 2005, Tan Sri Siti Norma subsequently retired in January 2007. In January 2008, the Dubai International Financial Centre (DIFC) Courts appointed Tan Sri Siti Norma as one of their six new judges, and she became the first female judge to join the DIFC Courts. Tan Sri Dato’ Seri Siti Norma currently sits on the boards of the following organisations: RAM Holdings Berhad (chairman); RAM Rating Services Berhad (chairman); Malaysia Competition Commission (chairman); National Electricity Board of Malaysia (director); Central Bank of Malaysia (director); and the University of Malaya (pro-chancellor).