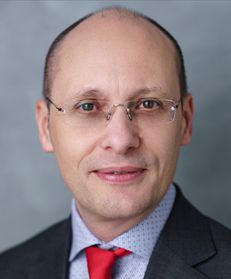 Sorin David is the managing partner of D&B David si Baias. He has been a member of the Bucharest Bar since 1991 and an arbitrator of the Court of Arbitration of the Romanian Chamber of Commerce and Industry since 2005. Sorin has legal qualifications obtained in Romania (PhD, summa cum laude), the United States (Master of Laws) and the Netherlands (postgraduate studies). He is also an associate professor of law at the Law School of Bucharest University, teaching competition and corporate law. Sorin is the author of more than 20 law journal articles published in Romania or abroad, and co-author of Commentaries on Company Law, one of the leading law books on Romanian company law. Sorin has been involved in several projects for the alignment of Romanian legislation with EU regulations and international best practice. Sorin specialises in antitrust, M&A, banking, finance and securities. He has advised clients during complex transactions, and has been involved in several major acquisitions and business restructuring assignments in Romania, such as the disposal of the second-largest Romanian mineral water bottler and the third-largest dairy producer; the disposal of three Romanian companies in steel industry; the disposal of a number of significant real estate projects; and the advice and assistance granted in the first leveraged management buy-out. Sorin has more than 15 years’ expertise assisting and representing clients in antitrust matters before the Competition Council, and is involved in complex cases involving abuse of dominance, cartels, bid rigging and so on.