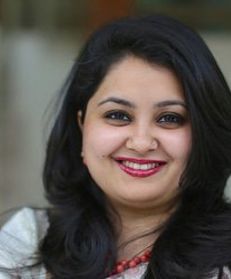 Shweta Shroff Chopra has over 15 years of experience in the competition field and has been involved in several high-profile cases relating to cartels, abuse of dominance and merger control. She worked closely with the government of India and the CCI in finalising the draft Combination Regulations and associated exemption notifications. She also contributed to the drafting of the national competition policy of India. Shweta is also a non-governmental adviser to the International Competition Network from India. Shweta featured in Global Competition Review’s Women in Anti-Trust, 2016. She has also been recognised for her professional achievements in Who’s Who Legal: Competition every year since 2013. In the Chambers and Partners rankings 2019, Shweta continued to be ranked in Band 2. She has won the ‘Young Lawyer of the Year (Female)’ Award at the Legal Counsel Congress & Awards 2014 and was selected by the international in-house counsel community as an outstanding practitioner in the Euromoney Guide to the World’s Leading Competition and Antitrust Lawyers/Economists. In 2016, Shweta was featured by Legal Era in its list of ‘Under 40 Rising Stars’.