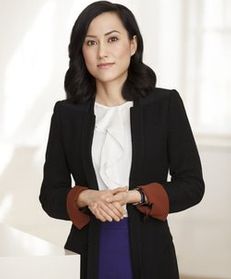 After having worked as a competition lawyer at a UK-German magic circle firm and a large German law firm, both in Brussels, Sarah Blazek is now part of Noerr’s Munich and Brussels offices.

Sarah advises clients on all aspects of European and German antitrust and competition law, including the coordination of merger control filings involving multiple jurisdictions. She also represents clients in competition authorities’ fine proceedings before the European Commission and the German Federal Cartel Office. In addition, she advises on compliance issues and supports clients in developing and implementing the corresponding compliance programmes.

Another of Sarah’s core focuses is on European state aid law, supporting clients in complex proceedings before the European Commission and the European courts, before which she has also successfully represented the European Commission. Her practice covers general issues of State aid law as well as in particular problems arising in the context of bank restructuring processes, privatisation and re-municipalisation schemes, funding for large infrastructure projects and tax measures/fiscal state aid.

Sarah has for example advised various German regional banks and/or their public owners on state aid issues during restructuring and privatisation processes and regarding the interplay with the regulatory framework for the EU banking sector in the aftermath of the financial crisis, federal state Rhineland-Palatinate on the sale of Frankfurt-Hahn Airport, a large German re-municipalisation project in the energy sector as well as on state aid implications of public support measures for various trade exhibitions, airports, ports and hospitals.

Sarah is also an author of various publications in the area of state aid law.