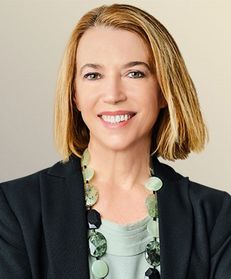 Salomé Cisnal de Ugarte is a partner in the Brussels office and is head of the firm’s EU antitrust and competition practice. She has extensive experience in notifying mergers and joint ventures under the EU Merger Regulation, coordinating the strategy and notification of multi-jurisdictional transactions and advising on all aspects of EU competition law, including investigations into anticompetitive practices, collaborative arrangements, vertical agreements and unilateral conduct. She represents clients before the European Commission and national competition authorities, as well as in proceedings before the European courts.

Salomé is consistently recognised as a leading antitrust lawyer in Europe by legal directories such as Chambers, The Legal 500 and Who’s Who Legal, and International Law Office named her ‘EU Competition Lawyer of the Year’ in its Client Choice awards in 2013. Global Competition Review named her as one of the world’s top antitrust lawyers in ‘Women in Antitrust 2021’ and Politico Europe ranked her as one of the 20 ‘Women Who Shape Brussels’.