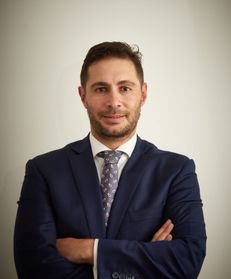 Rodrigo Luchinsky has been president of the CNDC since January 2020. He holds a doctorate in commercial law from the University of Buenos Aires (2011) and an LLM from Columbia University School of Law (New York, Leo S Rowe Pan American Fund Fellow of the Organization of American States, 2004) and has an honours degree in law from the University of Buenos Aires (2001). He is a professor of civil and commercial societies and elements of commercial law at the University of Buenos Aires Law School and a professor of financial regulation at the School of Economics and Business of the National University of San Martin. He has written several publications, including Society in Societies: A study on the organization of Argentine entrepreneurs; Corporate Governance: A study on the systemic implications of the institutional framework in the commercial sphere; Corporate Governance, Markets and Conflicts and The Corporate Governance System: corporate governance in Argentine law. In addition to practising law, he has exercised functional and professional responsibilities in the government of the City of Buenos Aires, the Ministry of National Security, the General Inspectorate of Justice and the National Securities Commission.