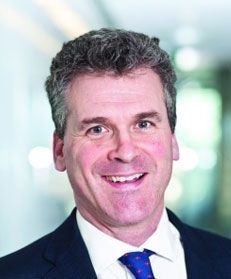 Dr Robin Cohen has more than 25 years of experience consulting on economic regulation and strategy in the energy industry. He has acted as an adviser on more than 25 regulatory investigations and as appointed expert in eight commercial or investor-state disputes. He is currently an appointed expert in several bilateral investment treaty disputes under ICSID – Vattenfall et al v. Germany under the Energy Charter Treaty and Micula et al v. Romania. He has also been the expert for the respondent in a dispute under UNCITRAL between two European utilities concerning gas transit tariffs (2013–2014) and in a dispute between UK oil and gas companies concerning contract pricing and the alleged abuse of a dominant position before the UK courts (2014–2015). He provides expert opinions to energy regulators on price setting, evaluating operating efficiencies, and the opening up of markets to competition. He also has particular expertise in advising on state aid (including application of the market economy investor principle) and undertaking market reviews. Based in London, Dr Cohen heads CRA’s European energy practice. He advises regulators, governments and energy companies on market mechanisms and price setting, competition issues, strategy, regulatory accounting and asset values. Internationally he has advised on the design of electricity market liberalisation or reform in India, Bangladesh, Australia, New Zealand, Spain, Norway and the US. This work has included advice on tariffs and investment appraisal. In addition to his expertise in the energy sector, Dr Cohen has consulted for regulatory bodies, governments, and private sector clients on matters involving financial services, state aid, healthcare, and transportation, among others. Prior to joining CRA, he was the lead partner in the economic consulting practice at Deloitte. He has a PhD in economics from London School of Economics and a MA in philosophy and economics from the University of Oxford.