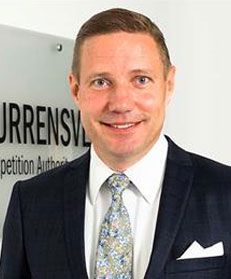 Rikard Jermsten is the Director General of the Swedish Competition Authority (SCA). He took office on 1 September 2017. Prior to joining the SCA, he held the position of Senior Judge of Appeal, Head of Division at the Administrative Court of Appeal in Stockholm. Mr Jermsten has previously worked within the Swedish government offices, and was Director General for Legal and Administrative Affairs at the Ministry of Finance between 2010 and 2017.