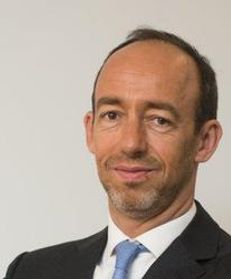 Ricardo Bordalo Junqueiro rejoined VdA in 2018. Head of Practice Partner of the competition and EU practice, Ricardo regularly works on transactions in the electronic communications, energy, pharmaceutical, financial, media and infrastructure sectors. Ricardo also works on all regulatory matters involving electronic communications. He graduated from the Portuguese Catholic University, Faculty of Law. Ricardo holds a master of laws (LLM) in EU law from the Department of Law, University of Essex, and undertook postgraduate studies in EU competition law at King’s College London, University of London. He also attended the advanced programme in regulatory economy and competition at the Portuguese Catholic University’s Faculty of Economic and Entrepreneurial Sciences. Before joining VdA, Ricardo was a partner at Cuatrecasas until 2017. Between August 2013 and December 2016, he was of counsel at Cuatrecasas. Between 2002 and 2013, he worked at VdA as a lawyer in the competition and EU groups, actively participating in transactions in the electronic communications, pharmaceutical, infrastructures and postal sectors. Between 2005 and 2006, he was in charge of the VdA office in Brussels.Ricardo has authored several works on competition law, notably Abuse of Dominant Position, Almedina, 2012. He is a member of the Portuguese Bar Association, the Portuguese Circle of Portuguese Lawyers of Competition Law and the Portuguese Association for the Development of Communications.