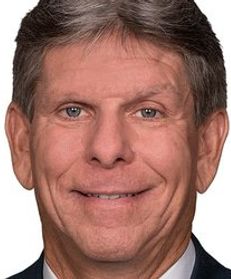 Randy Hughes is co-chair of the competition and antitrust practice at Bennett Jones LLP in Toronto, and is widely acknowledged as one of Canada's leading competition lawyers. Randy represents clients in domestic and international conspiracy investigations and prosecutions involving the Competition Bureau in Canada and other competition authorities around the world. He also represents clients in substantial civil actions, including leading class actions, by those claiming damages as a result of anticompetitive conduct. Randy has successfully handled the competition law and Investment Canada aspects of numerous domestic and international mergers and acquisitions and represented clients before the courts in criminal proceedings under the Competition Act and before the Competition Tribunal in reviewable matters. Randy has served as Canadian non-governmental adviser (NGA) at the International Competition Network (ICN) of enforcement agencies Cartel Workshops and Annual Conferences, and on the faculty of the ABA/IBA International Cartel Workshops, and as a member of the ABA Antitrust Section International Cartel Task Force. He is a former vice chair of the section's Cartel and Criminal Practice Committee and currently an officer of the IBA Antitrust Committee.