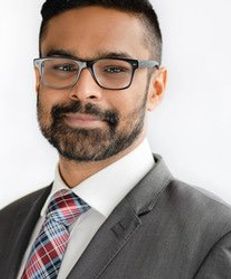 Ram leads the competition practice at Talwar Thakore & Associates and is widely recognised as a leading competition lawyer in India.He has advised numerous Indian and foreign clients on complex competition law issues across various sectors such as Pharmaceuticals, E-Commerce/Digital Markets, Petrochemicals, Energy, Media, FMCG, Glass, Healthcare and Construction.Ram’s work on behavioural competition investigations include successfully representing Saint Gobain in an abuse of dominance investigation before the CCI, Reliance Industries Limited in an alleged cartel investigation, and Facebook/Whatsapp in an abuse of dominance investigation by the CCI. He has also represented Star India in abuse of dominance investigations before the CCI. Ram also frequently represents leniency applicants in cartel investigations across various sectors such as Equipment Manufacturing, Auto-parts, etc.Ram has led and advised on some of the most challenging merger control cases including securing merger control clearances for 21 Century Fox’s USD 71.3 billion sale to The Walt Disney Company; Rosneft on its USD13 billion acquisition of a 49% stake in Essar Oil Limited; Lafarge in relation to the divestments arising out of the CCI’s approval of its global merger with Holcim; Novartis in its transformational strategic restructuring involving three transactions with GlaxoSmithKline; Newscorp in its acquisition of ESPN’s interest in the sports broadcaster ESS; and Reliance Industries Limited’s in its USD 500 million acquisition of Network 18.He has been recognised as a leading lawyer by Chambers & Partners for four consecutive years. He is described as “mature beyond his years and very capable”. He has also been rated for his expertise and experience by Who’s Who Legal as “Future Leader” 2018.