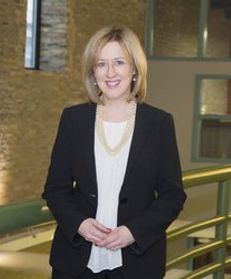 Paula Render is an antitrust trial lawyer. She has argued in most of the federal appellate courts and numerous federal and state trial courts and has tried cases in federal courts and before arbitration panels. In addition, she counsels clients on compliance and antitrust issues. Paula was part of the leadership of the Jones Day trial teams that defended Aetna, American Airlines, Electrolux and National Beef Packing in the litigated challenges to their mergers. She has won summary judgment and defended it on appeal in a number of cases; for example, for Cardinal Health in a tying case and for 3D Systems in a technological tying case. She won denial of class certification in a conspiracy case and dismissal of another such case, both brought against Arctic Glacier. She has also negotiated favorable settlements of class and individual antitrust actions. Current representations include Cardinal Health and Deutsche Bank. Paula is the past chair of the Federal Civil Enforcement Committee of the ABA’s Section of Antitrust Law and has contributed to numerous Antitrust Section publications. She is a member of the Section of Antitrust Law’s Council and a past chair of the Chicago Bar Association’s Antitrust Law Committee.