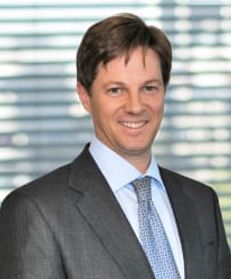 Paul Hitchings is a partner in the Litigation Department of Cuatrecasas in Madrid and heads the firm’s Antitrust Damages Group. A Spanish and English qualified lawyer, Mr Hitchings’ practice involves a blend of private litigation and public enforcement work related to competition law and telecommunications regulation. He has over 10 years of experience in follow-on damages litigation before the Spanish and English courts. He has also directed such litigation before French and Italian courts, and advised on litigation in other fora, such as the US and Germany. Mr Hitchings led the Cuatrecasas team that co-authored the Study on the Passing-On of Overcharges for the European Commission, published in October 2016. He was also lead counsel in the first favourable award of damages for breach of competition law in Spain (Conduit v Telefónica, 2005).

Mr Hitchings is recommended by legal directories, such as Chambers Global, Chambers Europe, Who’s Who Legal, The Legal 500 and GCR. In 2007, Iberian Lawyer granted him the '40 under 40' award. In its 2017 ranking of Cuatrecasas as an elite firm in competition law, GCR noted “the firm has a rare asset in the form of antitrust damages specialist Paul Hitchings, a litigation specialist. Hitchings, who is based in Madrid, has litigated across several European jurisdictions, including for Deutsche Bahn in the UK carbon and graphite products follow-on case.”

Mr Hitchings studied law at Cambridge (1991), and an LLM in European law at the College of Europe in Bruges (1993). He speaks fluent English, Spanish and French.