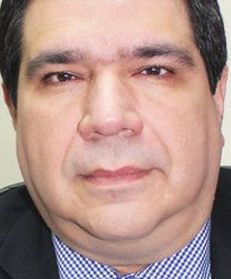 Oscar Garcia is a graduate of the University of Panama with a degree in economy as a Sigma Lambda Chapter of Honour. From the National University of Heredia in Costa Rica, he graduated first in his class in master of economic policy with specialty in international economy, and also a master’s degree in business management with specialty in marketing from the Alta Direccion University in Panama.Professionally, Oscar Garcia started as an assistant investigator for the AID and Technical Unit of Negotiation for Panama joining GATT. He continued his role as an investigator and adviser for AMOACSS, CEASPA and the transport and industrial companies. He worked in CONCEX as an economist and economic director, and he was the Panama delegate for negotiations of the Free Trade Area of the Americas. In 1997 he became the National Director of Economic Affairs, and in the Authority of Consumer Protection and Defence of the Competition (ACODECO) he became Chief of Analysis and Market Studies (chief economist). Two years later he was promoted as Free Competition National Director of the same entity. In 2014, for six months, Oscar Garcia was Chief of Staff at the Ministry of Commerce and Industry. All these led to his current position as General Administrator of ACODECO.In addition to his day job, he works as a professor of international negotiations and analysis of business environment on the master’s programmes of the Interamericana University of Panama, and has been invited to act as a speaker at several conferences.