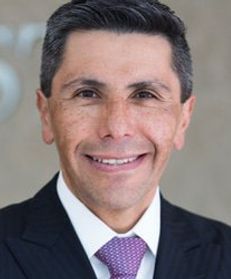 Omar is a partner at Hogan Lovells based in the Mexico City office. He focuses on the areas of competition, commercial, and reorganisation and bankruptcy litigation as well as commercial arbitration. He secured his law degree summa cum laude and the best GPA of the Universidad Iberoamericana León (1987–1991). He holds an LLM with merits from the London School of Economics and Political Science (1996–97) and other post-graduates studies. He heads the commercial litigation and arbitration practices and co-heads the antitrust practice at Hogan Lovells Mexico. Omar joined Barrera, Siqueiros y Torres Landa in 1993 (now Hogan Lovells (Mexico)) as an associate and became partner in 2000. Omar was the chair of the antitrust and competition section of the Mexican Bar Association from October 2010 until March 2013. He was also appointed as a non-governmental adviser to the former Federal Competition Commission during the International Competition Network Annual Conferences held in The Hague (2011), Rio de Janeiro (2012), Warsaw (2013) and ICN-Cartel Workshop (Ottawa 2017).