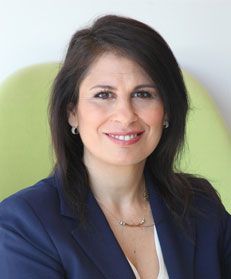 Nicole Nehme is a graduate of the University of Chile (BA in law, 1995), where she was class valedictorian. In 2000, she set up FerradaNehme. Today, the firm is one of the most prestigious in Chile, and Nicole herself is widely recognised as a top competition and regulatory law practitioner, with more than 25 years of experience in the fields of competition and regulatory law.

Her litigation practice is extensive and covers proceedings before the Chilean Competition Court as well as lower and higher courts and the Supreme Court. She has been involved as counsel in landmark cases involving competition, civil, commercial and economic issues in a broad array of industries.

Since 2010, she has been an associate professor of economic law at the University of Chile’s Law Faculty. She also guests lectures at other universities in Chile and abroad.

Nicole has authored and co-authored several books, chapters in books, articles and papers on issues of competition, regulation and public policy.

She is also the first woman to head the leading Chilean business organisation, Legal Circle of ICARE. She is a director of Comunidad Mujer, the leading NGO focused on gender equality, and of Espacio Público, a recognised think tank in the field of public policies.