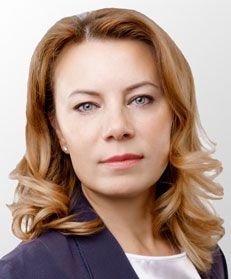 Natalia has been engaged in obtaining antimonopoly clearance for some of the most significant transactions in Russian corporate history, including the Danone/Unimilk pan-CIS merger and the merger of two major banks in the form of a takeover.

Her antitrust dispute highlights include the protection of Yandex in the antitrust investigation into Google’s abuse on the market for pre-installed apps for Android devices.

She is a member of the Competition Experts Association, as well as a number of advisory councils at the Federal Antimonopoly Service of Russia. Thanks to her active involvement in the drafting of laws, she has contributed to the drafting of, inter alia, the Second, Third and Fourth ‘Antimonopoly Packages’ of laws; amendments and additions to the Competition Law and the Strategic Investments Law; and Russian Governmental Regulation No. 583 with respect to the acceptability of ‘vertical agreements’.

Natalia graduated from the Law School of Krasnoyarsk State University (2001) and the All-Russian State Tax Academy (2005). She also completed a business law course at the International Law Institute, Washington, DC (2008).

In 2016, she was listed in Global Competition Review’s Women in Antitrust, being the only lawyer from Russia to be featured among the 100 elite antitrust law practitioners.