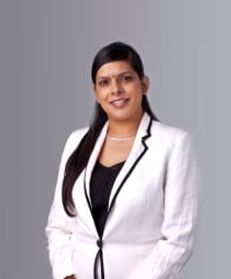 Naasha Loopoo is a senior associate in the Cliffe Dekker Hofmeyr competition law practice. She advises on all aspects of competition law, including prohibited practices (horizontal, vertical and abuse of dominance), multi-jurisdictional merger notifications and general competition advice. Naasha began her career as a Candidate Attorney at Glyn Marais in 2009 and later joined AECI Limited as a legal adviser in 2011. In the same year, she joined the Competition Commission of South Africa in the Enforcement and Exemptions Division of the Competition Commission of South Africa, where she gained experience in various industries such as telecommunications, petroleum products, healthcare, chemical and retail markets, among others. She was also a team member of the LPG market inquiry. In 2014, she joined Cliffe Dekker Hofmeyr’s Competition team as an associate. Naasha was appointed as a senior associate in 2017.