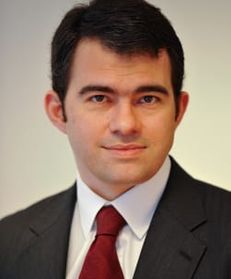 Miguel Rato is a partner in the firm’s Brussels office where his practice focuses on EU competition law. He advises clients on a wide array of contentious and non-contentious EU competition law issues, with a particular focus on complex unilateral conduct matters, transactions, and IP licensing in high-tech industries. His experience also encompasses EU merger control and state aid investigations. Miguel has been involved in some of the leading competition cases in high-tech industries and at the intersection of IP and competition law, including the European Commission’s five-year article 102 investigation into Qualcomm (which garnered the Legal Business award for Competition Team of the Year 2010), the European Commission’s investigation of Microsoft’s conduct regarding the Internet Explorer browser, the European Commission’s investigation of Samsung’s conduct in relation to standard-essential patents, and the proposed acquisition of NXP Semiconductors by Qualcomm (which garnered the Global Competition Review 2018 award for European Merger Control Matter of the Year). From May 2004 to November 2005, Miguel worked as a référendaire (clerk) at the General Court of the European Union in Luxembourg.  Miguel is a lecturer on EU competition law and intellectual property at the Brussels School of Competition in Brussels. He has been recognised by peer review rankings such as Chambers and Partners, The Legal 500 and Who’s Who Legal, who has ranked him as a Thought Leader – Competition 2020.