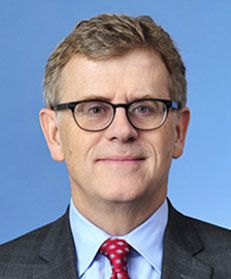 Michael T Brody is co-chair of Jenner & Block’s appellate and Supreme Court practice and co-chair of its class action practice. Clients turn to him for help with litigation and appellate matters related to a variety of issues, including antitrust, securities, torts, contract claims, consumer fraud, fiduciary duties, and other statutory and regulatory claims.

He has argued appeals in various federal courts of appeal, the Illinois Appellate Court, and the Illinois Supreme Court. Among other substantive areas, Mr Brody has argued appeals involving antitrust, federal preemption, statutory claims, breach of contract, tort, civil rights and criminal law. For recent examples, he convinced the US Court of Appeals for the Third Circuit to revive a $111 million antitrust suit on behalf of a well-known consumer-facing company. Mr Brody also successfully argued before the US Court of Appeals for the Ninth Circuit, convincing the court to overturn a $57 million class action judgment that had arisen under a state regulatory statute. In addition, he also has assisted in, or supervised, the briefing of numerous other appeals in federal and state appellate courts, including the United States Supreme Court.