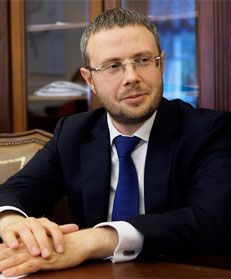 Maxim Shaskolsky was born on 5 January 1975 in Saint Petersburg.

In 1997, he graduated from the Faculty of Economics of Saint Petersburg State University with a degree in economics, teacher of economic disciplines.

In 1996, he worked as head of the securities department at Yuganskneftebank.

From 2000 to 2001, he was an adviser to the governor of the Leningrad region. From 2001 to 2005, he was First Deputy General Director of CJSC Petroelektrosbyt.

From 2005 to 2010, he was deputy general director for work with consumers of the Petersburg Sales Company.

From 2010 to 2013, he was managing director and first deputy general director of JSC Petersburg Sales Company.

From 2013 to 2019, he was general director of JSC Petersburg Sales Company.

In January 2019, he was appointed adviser to the acting governor of Saint Petersburg.

From 23 January 2019 to 10 November 2020, he was vice governor of Saint Petersburg. He was in charge of energy issues and tariff regulation. He coordinated the activities of the city committees on tariffs, energy and engineering support.