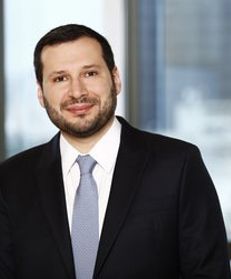 Marcos specialises in complex merger cases, antitrust investigations and related litigation, both advising and representing Brazilian and international clients before courts and regulators. His work includes extensive counselling in M&A and transactional matters. Marcos has been particularly active over the past years in sectors such as healthcare, telecommunications, ports and logistics, aviation, construction and engineering, retail, and regulated markets in general. He is a former Director and Chief of Staff at the Brazilian Development Bank (2009–2011) and a former Commissioner at the Brazilian Antitrust Authority (2011–2013). He is a member of several professional associations, including the Brazilian Bar Association, the International Bar Association, the American Bar Association and many others. He was ranked as one of Brazil’s leading lawyers in competition and antitrust by Chambers Latin America 2017, The Legal 500 2016 and Latin Lawyer 250 (LACCA Approved), 2016. He holds a JD (1997), a master’s degree (2002) and a JSD (2006) in law from the University of São Paulo Law School, and was a visiting scholar at the Yale Law School in 2005. Marcos is also a tenured professor of public law at the University of São Paulo.