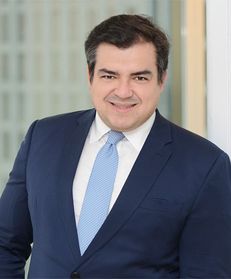 Marcos is a partner in BMA’s competition practice area, and has also done much work in anticompetitive conduct matters, such as cartel investigations, unilateral conduct investigations, and negotiations for administrative settlements. He also has solid experience in the creation and implementation of antitrust compliance programmes. He has participated in some of the most important merger reviews and cartel investigations in Brazil, including major acquisitions in the health, food and finance industries. He has worked as a visiting foreign attorney with Jones Day, New York (2012–2013). Marcos holds an LL.M. in competition, innovation and information law from the New York University (2012), and an LL.B. with emphasis on business law from the Universidade de São Paulo – USP (2006). Marcos Exposto is frequently distinguished in the competition and antitrust area by international publications such as Chambers Latin America, The Legal 500 and Who’s Who Legal. Also, Marcos has been recognised as a Client Choice winner by the International Law Office - ILO.