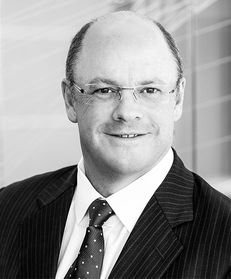 Luke Woodward is a senior partner in Gilbert + Tobin’s (G+T) competition and regulation group, advising and representing clients on competition and consumer law investigations and prosecutions, ACCC acquisition and merger clearances and infrastructure regulation, including in the telecommunications, gas, electricity, water, airports, sea ports and rail industries in Australia. He has more than 30 years’ competition and consumer law enforcement experience, both on the enforcement side with the former Trade Practices Commission and the Australian Competition and Consumer Commission (ACCC), and in private practice. Luke has specific responsibility for responding to numerous ACCC investigations and the conduct of several immunity applications under the ACCC’s and New Zealand Commerce Commission’s cartel immunity policies, including the immunity applicants in the international paper cartel and international wood chemicals cartel.

Luke has been the lead competition adviser to the Business Council of Australia (BCA) in relation to the Harper competition law review. Luke and the G +T team have provided ongoing strategic advice to the BCA on the review, and subsequent government consideration, including taking the lead role in drafting submissions, and advocating BCA’s positions, including in relation to the highly contentious proposals to amend the misuse of market power provision in Section 46 of the Competition and Consumer Act. Prior to joining G+T in 2000, Luke held senior positions at the ACCC as General Counsel, Executive General Manager, Compliance Division (responsible for enforcement) and Senior Assistant Commissioner, responsible for mergers and asset sales.