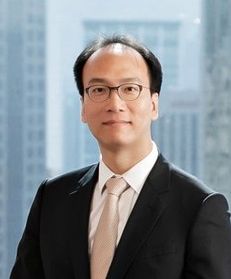 Kyung Yul Lee is an attorney at Kim & Chang. He practises in a wide range of corporate areas, with a focus on antitrust and competition, corporate governance, foreign direct investment, and mergers & acquisitions.

Mr Lee advises clients on competition law issues arising from their daily operations and mergers and acquisitions transactions, including issues at the intersection of IP and antitrust. Throughout his career, Mr Lee has been actively involved in numerous high-profile competition cases in Korea, including investigations by the Korea Fair Trade Commission into violations of competition law. He has also represented clients in their appeal of the Korea Fair Trade Commission's decisions before the Korean courts.

Mr Lee also regularly advises the firm’s clients in the IT and healthcare industries and multinational companies in their acquisition and consolidation of local affiliates and joint ventures with local conglomerates. Mr Lee received an LLM from Harvard Law School in 2014, where he was the recipient of three Dean's Scholar Prizes, including Antitrust Law and Economics – US. He graduated from the Judicial Research and Training Institute of the Supreme Court of Korea in 2005 and received an LLB from Seoul National University in 2003. He is admitted to the Korea Bar.