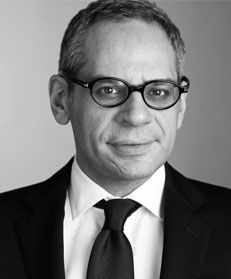 Kyriakos Fountoukakos is the managing partner of the Herbert Smith Freehills office in Brussels and the regional head of competition, regulation and trade, EMEA. He specialises in all aspects of EU and UK competition law, including merger control, cartels, antitrust investigations and advice, distribution agreements, dominance and competition litigation before the EU courts. He has advised clients across a broad range of industries, including TMT, energy and mining, financial services, pharmaceuticals, transport and consumer goods. Kyriakos works closely with the Herbert Smith Freehills network to provide advice on multi-jurisdictional transactions and investigations.

Kyriakos has particular expertise through his background as an EU official, having held positions as a European Commission official at DG Comp’s merger task force and then as a legal assistant in the cabinet of the president of the General Court of the European Union. While at the Commission, he dealt with merger transactions and was part of the team that drafted the current EU Merger Regulation and accompanying notices.

Kyriakos is acknowledged as a leading competition law expert in major legal directories and was selected as one of the top 40 competition lawyers under the age of 40 in a survey by Global Competition Review.

Kyriakos is an officer of the IBA’s antitrust committee. He actively speaks and writes about competition law, is co-editor of the mergers chapter of Jones and Van der Woude’s EU Competition Law Handbook and has given a number of seminars on merger control at UCL, including as part of the LLM course.

Kyriakos has studied at the University of Athens (LLB), King’s College London (LLM), the University of Cambridge (MPhil in European studies) and Columbia Law School, New York (LLM). He is qualified as a Greek lawyer, a solicitor in England and Wales and an advocaat in Belgium. Kyriakos is fluent in English, Greek and French.