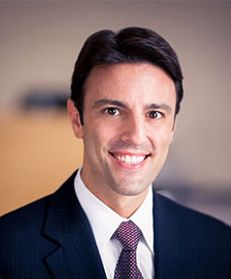 Kevin Schwartz is a partner in the Litigation Department of Wachtell, Lipton, Rosen & Katz. He serves on the Executive Committee of the New York City Bar Association, where he was previously Chair of the Judiciary Committee, and is also a Visiting Lecturer in Law at Yale Law School.

Mr. Schwartz’s practice includes corporate, commercial, and securities litigation at both the trial and appellate levels, as well as a variety of regulatory and corporate governance matters. He serves on the Executive Committee of the New York City Bar Association, where he was previously Chair of the Judiciary Committee, and is also a Visiting Lecturer in Law at Yale Law School. He has worked on a number of the firm’s high-profile matters, including mergers-and-acquisitions litigation in the courts of Delaware and other complex litigation in courts around the country. Mr. Schwartz was on the trial counsel team in the successful litigation effort, on behalf of Vulcan Materials Company, to enjoin an attempted hostile takeover by an industry rival; he worked on the appeal in Delaware Supreme Court that resulted in the expedited reversal of a lower court injunction blocking Activision Blizzard’s $8 billion stock repurchase; and he represents a variety of other household-name corporations in litigation and strategic counsel, from Uber and eBay to UnitedHealth Group, The J.M. Smucker Company, and XPO Logistics. He helped to lead Chicago Bridge & Iron to victory in Delaware Supreme Court, repelling Westinghouse’s more than $2-billion claim for a post-deal purchase price adjustment, and has represented a number of other companies in high-stakes arbitrations over purchase price adjustment disputes. He also represented several of the nation’s leading financial institutions in the resolution of federal regulatory investigations arising out of the financial crisis of 2008.

In addition, Mr. Schwartz has worked on a number of pro bono matters important to New York State. As part of the team led by former White House Counsel Bernard Nussbaum, Mr. Schwartz represented the New York Judiciary in historic constitutional litigation over the State of New York’s extended failure to adjust judicial salaries. He represented the Partnership for New York City and the Bar Association of the City of New York as amici curiae before the Court of Appeals and the Supreme Court of the United States, including in the landmark case in which the Supreme Court struck down the Defense of Marriage Act. He was also a Rockefeller Fellow for the Partnership for New York City, and is now a legal advisor to the Partnership Innovation Council, a panel of business leaders committed to ensuring that New York’s legal and regulatory environment keeps pace with the technological revolution transforming business and the economy. On a special task force created by the Chief Judge of New York to reform the Commercial Division of the New York Supreme Court, Mr. Schwartz served as legal advisor to the cochairs. Chief Judge Janet DiFiore recently appointed Mr. Schwartz to her Commercial Division Advisory Council to continue this important work.

As Chair of the 150-year-old Judiciary Committee of the NYC Bar Association from 2016 to 2020, Mr. Schwartz led a committee of 50 lawyers from across the City in reviewing and interviewing every judicial nominee for all state and federal courts based in NYC, as well as candidates for District Attorney in the five boroughs and nominees for U.S. Attorney for the Southern and Eastern Districts of New York. Mr. Schwartz was a member of the New York State Bar’s Task Force on the Evaluation of Candidates for Election to Judicial Office, and also served on the City Bar’s Council on Judicial Administration, which coordinates the work of the City Bar committees addressing issues that concern the state and federal courts. He also previously served as secretary of both the Judiciary Committee and the Council on Criminal Justice.

ALL HANDS ON DECK: Bracing for the "Antitrust" Tech Storm, October 2020.

Reclaiming "Value" in the True Purpose of the Corporation, in Harvard Law School Forum on Corporate Governance, October 10, 2020.

The Chief Judge's Task Force on Commercial Litigation in the 21st Century: Report and Recommendations to the Chief Judge of the State of New York, June 2012.