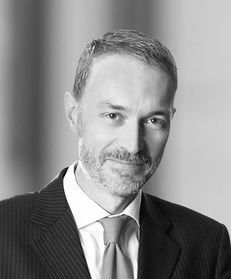 Kai Struckmann advises and litigates on a broad range of questions of EU law, with a focus on competition and State aid. He is recognised as a thought leader by Who's Who Legal in its Global Elite ranking for Competition-State aid. He has extensive expertise concerning the application of the EU competition and State aid rules in the energy sector and their interaction with the EU regulatory regime and is the co-author of the energy chapter in "EU State Aid Control – Law and Economics" published by Wolters Kluwer. Kai is a Core Team member of the Firm's Energy Transition Focus Group.

Kai also frequently acts in antitrust investigations where he was involved in two major antitrust investigations involving the Bulgarian energy conglomerate BEH and subsequent litigation defending BEH against the first fining decision adopted by the European Commission under Article 102 TFEU in the energy sector as well as one of the first two cartel settlement cases before the European Commission.

He has developed a strong track record representing clients before the EU courts in Luxembourg, where is involved in a number of ongoing litigations including the landmark Micula case involving State aid and arbitration.

Kai's knowledge of competition law is reinforced by his experience working as an official in the European Commission's Directorate General for Competition prior to joining White & Case.