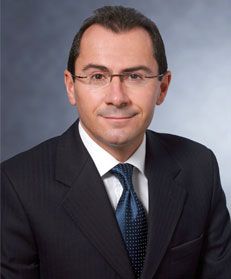 Juan Rodriguez has been a partner at Sullivan & Cromwell since 2007. He co-leads the European competition group and is co-head of the firm’s antitrust group. In addition to being qualified in England and Wales, he is a member of the Paris Bar.

Mr Rodriguez’s practice involves representing some of the world’s largest companies in award-winning transactions, such as the GCR Awards 2019 ‘Matter of the Year’ and ‘Merger Control Matter of the Year’ for his work on Bayer’s acquisition of Monsanto. Mr Rodriguez has extensive experience before the EU Commission and national competition authorities in Europe on merger review proceedings and cartel investigations.

Mr Rodriguez is regularly recognised as a leader in European competition in leading legal directories Chambers Global and Chambers UK, which have highlighted his ‘sharp legal mind’ and provision of a ‘high level of client satisfaction’. He is also noted for being ‘strong in dealing with sophisticated cross-border matters’, and IFLR1000 has commended him for being ‘the firm’s key partner on [competition] matters’.

He is a member of the European Competition Lawyers Forum and is fluent in English and French.