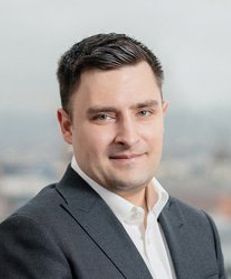 Mr White, vice president, is a consulting economist who specialises in applying microeconomics and sophisticated econometric modelling to address complex litigation questions, primarily in matters involving the healthcare, financial services and technology industries. Across a diverse set of engagements, he has implemented complex econometric models that quantify pricing differences between private hospitals, simulated consumer demand for computer processors, estimated ex ante default probabilities for structured investment vehicles and utilised auction data to value smart phone features, among other things.Mr White has worked in a number of jurisdictions, including the United States, the United Kingdom, Canada, Japan and Belgium. He has served as a testifying expert in the Upper Tribunal (Lands Chamber) on competition matters related to restrictive land covenants. Mr White has supported several clients before the European Commission on cartel and merger matters, and has provided support to a number of European financial and competition regulators in coordinated conduct investigations. In addition, he has provided testimony and submissions to the UK’s Competition and Markets Authority on behalf of clients involved in market investigations and mergers.Mr White holds a BA in socio-political economics from Boston University and an MA in economics from the University of British Columbia.