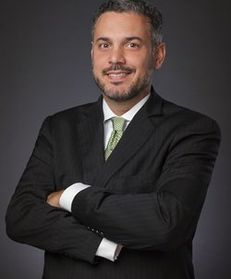 José Alexandre Buaiz Neto joined Pinheiro Neto Advogados in 1994 and became a partner in 2006. He has extensive experience in antitrust law counselling and litigation (cartel investigations and litigation, immunity applications, merger filings, abuse of dominance investigations and compliance) and on anti-bribery, fraud and money-laundering investigations and litigation. He is the author of several articles on such issues and has also appeared as a speaker at various conferences in Brazil and abroad. Mr Buaiz Neto received his law degree (LLB) in 1995 from the University of Brasilia and an LLM degree from Boston University in 1997. He was a foreign associate at Mayer Brown in New York from 1997 to 1998.

He is a member of the Brazilian Bar Association (Federal District, Rio de Janeiro and São Paulo chapters). Mr Buaiz Neto was the president of the Legal Committee of the American Chamber of Commerce in Brasilia and was a member of the Competition Commission of the Federal Council of the Brazilian Bar Association. From 2012 to 2014, he was also a commissioner at the Appeals Council of the Brazilian Financial System, in charge of reviewing decisions of the Brazilian Central Bank and of the Securities and Exchange Commission. Mr Buaiz Neto has been ranked as a leading individual in antitrust matters in publications addressing Brazilian lawyers, including Chambers, The Legal 500, Latin Lawyer, PLC Which Lawyer?, Who’s Who Legal, Best Lawyers and Análise Advocacia.